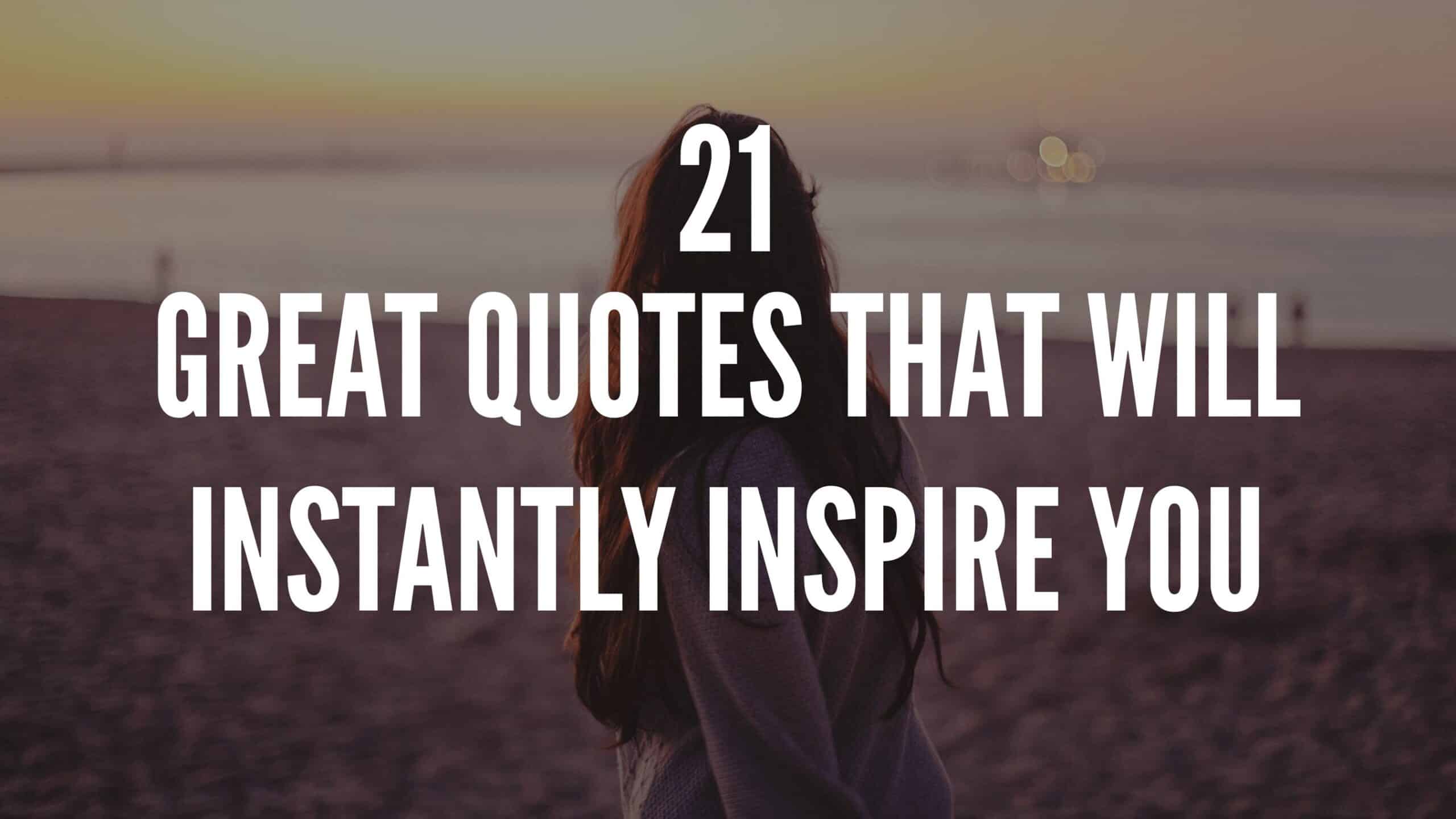 I really enjoy reading some inspirational quotes as a part of my morning and evening routines. I cannot think of a better way to start or end a day than to read motivating and empowering quotes to instantly inspire me and boost my mood.

I have put together, twenty one wonderful quotes that I hope will instantly inspire you and give you a positive boost. Please take just a couple of minutes to read the following inspirational quotes and let their powerful messages sink in.

21 Great Quotes That Will Instantly Inspire You

1. We are what we repeatedly do. Excellence, then, is not an act, but a habit. — Aristotle

2. If you don’t see yourself as a winner, then you cannot perform as a winner. — Zig Ziglar

3. Someone’s sitting in the shade today because someone planted a tree a long time ago. — Warren Buffet

4. The only guarantee for failure is to stop trying. — John Maxwell

5. If you cannot do great things, do small things in a great way. — Napoleon Hill

6. I cannot teach anybody anything. I can only make them think. — Socrates

7. Ability may get you to the top, but it takes character to keep you there. — John Wooden

8. It’s the possibility of having a dream come true that makes life interesting. — Paulo Coelho

9. Do what you can, with what you have, where you are. — Theodore Roosevelt

10. You must find the place inside yourself where nothing is impossible. — Deepak Chopra

11. You are the average of the five people you spend the most time with. — Jim Rohn

12. I do not fix problems. I fix my thinking. Then problems fix themselves. — Louise Hay

13. You have within you,right now,everything you need to deal with whatever the world can throw at you. — Brian Tracy

15. If you surround yourself with positive people who build you up, the sky is the limit. — Joel Brown

17. Wealth consists not in having great possessions, but in having few wants. — Epictetus

18. No matter how small you start, start something that matters. — Brendon Buchard

19. A winner is a dreamer who never gives up. — Nelson Mandela

20. Begin and end each day with gratitude and more blessings will flow into your life. — Damien Thomas

21. Be humble. Be hungry. And Always be the hardest worker in the room. — Dwayne Johnson

I hope that you enjoyed this collection of inspirational quotes.

24 Inspirational Quotes That Will Boost Your Mood