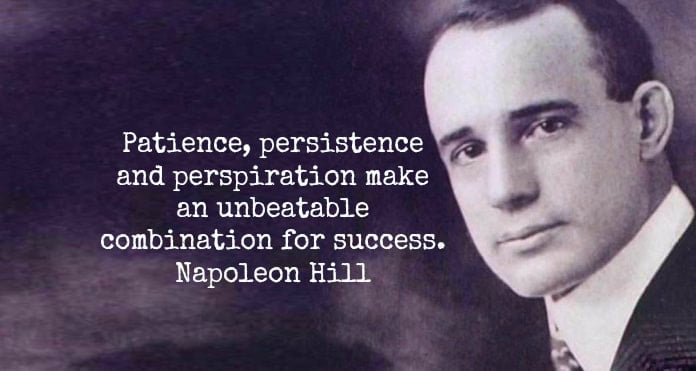 I really think that you are going to enjoy this collection of Napoleon Hill Quotes. Napoleon Hill was one of the original personal development experts. He wrote the wonderful book Think and Grow Rich in 1937. This book is still considered as being one of the best self development books of all time.

Napoleon Hill spent 20 years studying the habits of successful individuals, he put what he learned into this great book. Napoleon Hill strongly believed in the power of the mind, and the difference that a positive mindset can have on our lives.

80 years after writing this famous book his timeless words of wisdom still inspire and motivate millions of people around the world. I highly recommend that you read Think and Grow Rich. I return to my copy again and again for my regular dose of timeless wisdom. Here is a collection of 25 of my favorite quotes from Think and Grow Rich.

1. “Set your mind on a definite goal and observe how quickly the world stands aside to let you pass.” – Napoleon Hill

2. “The way of success is the way of continuous pursuit of knowledge.” – Napoleon Hill

4. “The ladder of success is never crowded at the top.” – Napoleon Hill 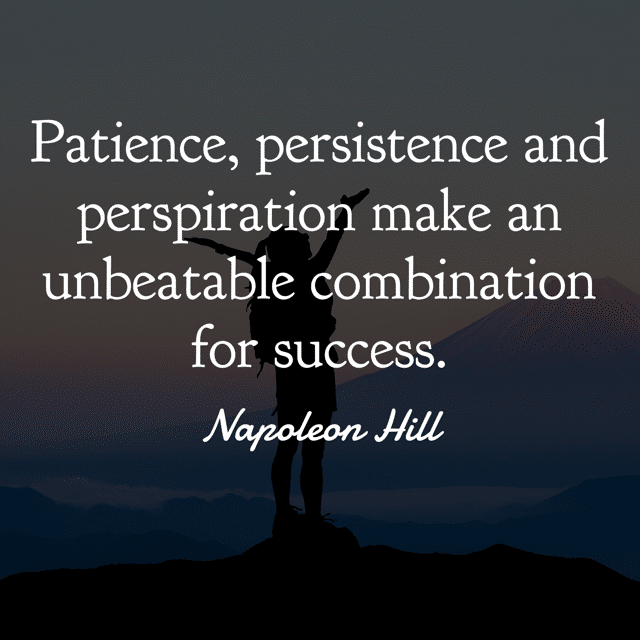 6. “If you do not see great riches in your imagination, you will never see them in your bank balance.” – Napoleon Hill

7. “You are the master of your destiny. You can influence, direct and control your own environment. You can make your life what you want it to be.” – Napoleon Hill

8. “The starting point of all achievement is DESIRE. Keep this constantly in mind. Weak desire brings weak results, just as a small fire makes a small amount of heat.” – Napoleon Hill

11. “More gold had been mined from the mind of men than the earth it self.” – Napoleon Hill

12. “Deliberately seek the company of people who influence you to think and act for yourself.” – Napoleon Hill

13. “Remember that your real wealth can be measured not by what you have, but by what you are.” – Napoleon Hill

14. “One of the most common causes of failure is the habit of quitting when one is overtaken by temporary defeat.” – Napoleon Hill

15. “Every adversity, every failure, every heartache carries with it the seed on an equal or greater benefit.” – Napoleon Hill

16. “The only limitation is that which one sets up in one’s own mind.” – Napoleon Hill

17. “Whatever the mind of man can conceive and believe it can achieve.” – Napoleon Hill 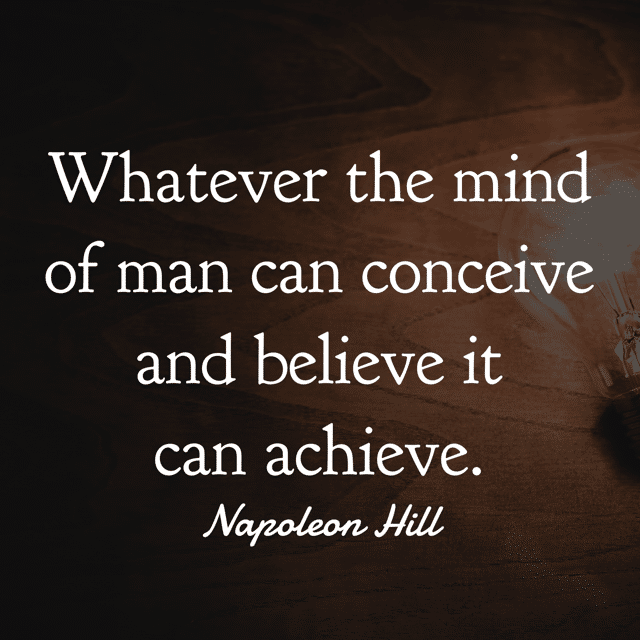 18. “We refuse to believe that which we don’t understand.” – Napoleon Hill

19. “The world has the habit of making room for the man whose actions show that he knows where he is going.” – Napoleon Hill

20. “One sound idea is all that one needs to achieve success.” – Napoleon Hill

21. “Success in life is becoming what you want to be.” – Napoleon Hill

22. “Strength and growth come only through continuous effort and struggle.” – Napoleon Hill

23. “Both success and failure are largely the results of habit!” – Napoleon Hill

24. “It is literally true that you can succeed best and quickest by helping others to succeed.” – Napoleon Hill

25. “Desire is the starting point of all achievement, not a hope, not a wish, but a keen pulsating desire which transcends everything.” – Napoleon Hill

I hope that you enjoyed this collection of Napoleon Hill quotes.