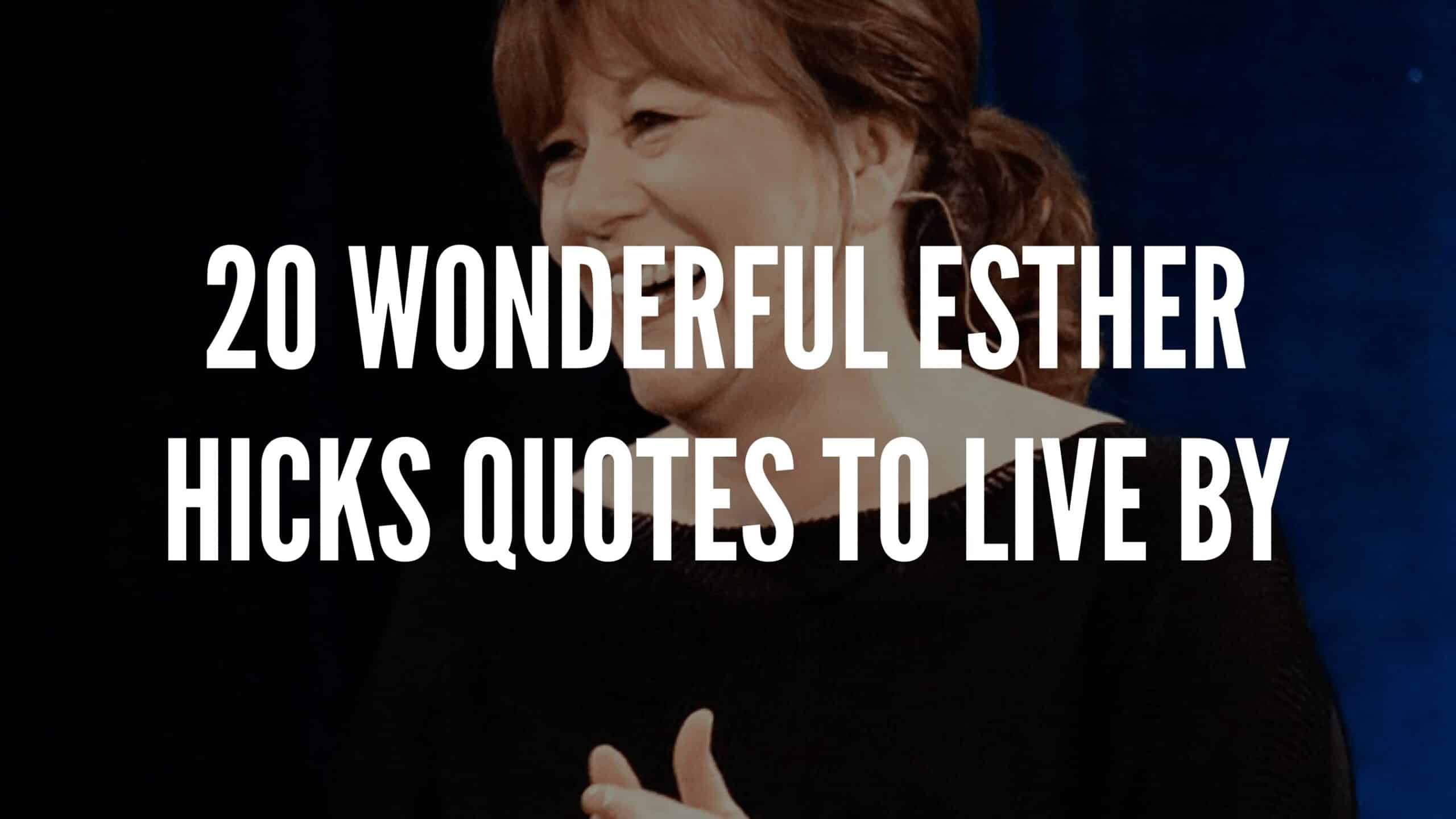 Esther Hicks is an American inspirational speaker and highly successful author. She has co-written eight books with her husband Jerry Hicks. Esther Hicks has presented hundreds of workshops on the Law of Attraction around the world since 1987.

If you are a fan of the Law of Attraction, I think that you will really enjoy the following wonderful collection of Esther Hicks quotes.

1. Like the air you breathe, abundance in all things is available to you. Your life will simply be as good as you allow it to be. – Esther Hicks

2. Talk as if what you want is in the process of coming. – Esther Hicks

5. When you focus on the good, the good gets better. – Esther Hicks

6. You are free. You are powerful. You are good. You are love. You have value. You have purpose. All is well. – Esther Hicks

7. The greatest thing you can give yourself is freedom from what others think. – Esther Hicks

8. What you focus on grows. – Esther Hicks

10. The entire universe is conspiring to give you everything that you want. – Esther Hicks

11. What you are living is the evidence of what you are thinking and feeling, every single time. – Esther Hicks

12. If you’re not excited about it, it’s not the right path. – Esther Hicks

13. The fastest way to bring more wonderful examples of abundance into your personal experience is to take constant notice of the wonderful things that are already there. – Esther Hicks

14. The truth is, the Universe will always take care of you. – Esther Hicks

15. Whatever it is you are feeling is a perfect reflection of what is in the process of becoming. – Esther Hicks

16. You are powerfully on your path and you are just beginning the best part of your life. – Esther Hicks

17. The greatest gift you can ever give another person is your own happiness. – Esther Hicks

18. Look forward to where you want to be and spend no time complaining about where you are. – Esther Hicks

19. Upon waking, let your first thought be, thank you. – Esther Hicks

20. Think yourself as a human magnet, constantly attracting what you think, speak and feel. – Esther Hicks

If you enjoyed these Esther Hicks quotes, please share them with your friends.

20 Eckhart Tolle Quotes And The Power Of Now

I really hope that you enjoy this collection of positive quotes. We can all do with some inspiration from time to time to lift our spirits and help us to be more positive!  END_OF_DOCUMENT_TOKEN_TO_BE_REPLACED

I really hope that you will enjoy this wonderful collection of quotes by some of the greatest motivational speakers ever! The following speakers have motivated millions of people all over the world through their seminars, videos and books.
END_OF_DOCUMENT_TOKEN_TO_BE_REPLACED

Johann Wolfgang von Goethe, was a German poet, playwright, novelist, scientist, statesman and amateur artist. His works and opinions made a deep impression on many of the writers and poets of the early 19th century. END_OF_DOCUMENT_TOKEN_TO_BE_REPLACED