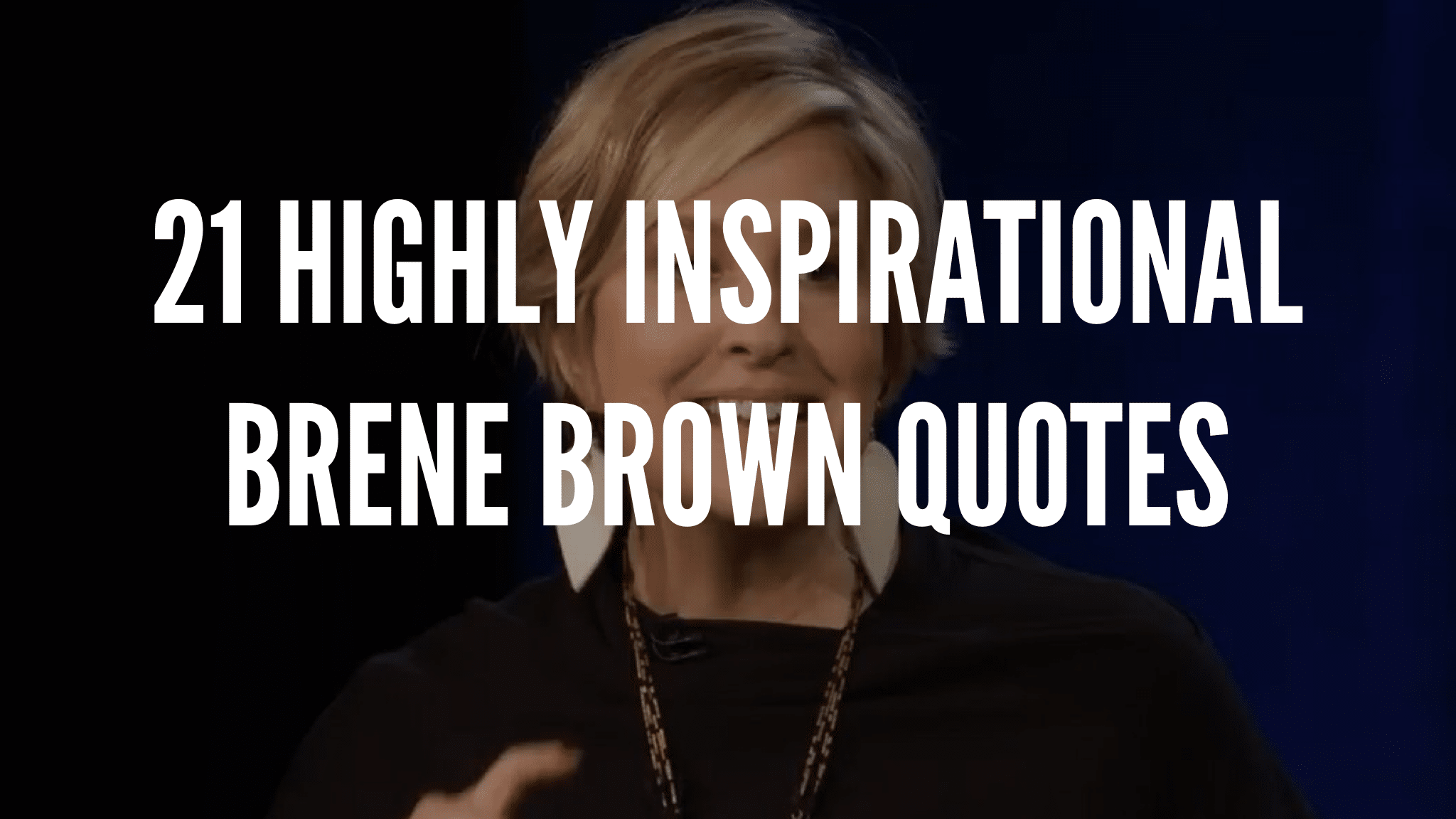 Brené Brown is a research professor at the University of Houston, best-known for her famous TED talk, “The Power of Vulnerability.” which has been viewed more than 35 million times.


Brené Brown has spent her career studying courage, vulnerability, shame, and empathy. Her findings were included in her five bestselling books: The Gifts of Imperfection, Daring Greatly, Rising Strong, Braving the Wilderness, and Dare to Lead.

Brené Brown has received numerous teaching awards including the Graduate College of Social Work’s Outstanding Faculty Award. She is also the first person to have a filmed talk available on Netflix.

In 2016, the Huffington Foundation honored Brené Brown by pledging $2 million over four years to fund the Brené Brown Endowed Chair in the Graduate College of Social Work at the University of Houston. She is an inspiration to millions of people all over the world.


I hope that you will enjoy this collection of my favorite Brené Brown quotes.

1. What we know matters, but who we are matters more. – Brené Brown

2. Courage starts with showing up and letting ourselves be seen. – Brené Brown

3. Authenticity is the daily practice of letting go of who we think we’re supposed to be and embracing who we are. – Brené Brown

4. Imperfections are not inadequacies; they are reminders that we’re all in this together. – Brené Brown

5. We can only love others as much as we love ourselves. – Brené Brown

6. Vulnerability is not about winning or losing. It’s having the courage to show up even when you can’t control the outcome. – Brené Brown

At the end of the day I want to be able to say I contributed more than I criticized. – Brené Brown

8. Sometimes the bravest and most important thing you can do is just show up. – Brené Brown

9. The willingness to show up changes us, It makes us a little braver each time. – Brené Brown

10. When we own our stories, we avoid being trapped as characters in stories someone else is telling. – Brené Brown

11. You are imperfect, you are wired for struggle, but you are worthy of love and belonging. – Brené Brown

12. Vulnerability is the birthplace of innovation, creativity and change. – Brené Brown

13. Love is not something we give or get; it is something that we nurture and grow. – Brené Brown

If you own this story you get to write the ending. – Brené Brown

15. True belonging doesn’t require that we change who we are; it requires that we be who we are. – Brené Brown

17. Authenticity is a collection of choices that we have to make every day. It’s about the choice to show up and be real. The choice to be honest. The choice to let our true selves be seen. – Brené Brown

18. Want to be happy? Stop trying to be perfect. – Brené Brown

19. Let go of who you think you’re supposed to be; embrace who you are. – Brené Brown

20. The dark does not destroy the light; it defines it. It’s our fear of the dark that casts our joy into the shadows. – Brené Brown

I really hope that you enjoy this collection of positive quotes. We can all do with some inspiration from time to time to lift our spirits and help us to be more positive!  END_OF_DOCUMENT_TOKEN_TO_BE_REPLACED

I really hope that you will enjoy this wonderful collection of quotes by some of the greatest motivational speakers ever! The following speakers have motivated millions of people all over the world through their seminars, videos and books.
END_OF_DOCUMENT_TOKEN_TO_BE_REPLACED

Johann Wolfgang von Goethe, was a German poet, playwright, novelist, scientist, statesman and amateur artist. His works and opinions made a deep impression on many of the writers and poets of the early 19th century. END_OF_DOCUMENT_TOKEN_TO_BE_REPLACED