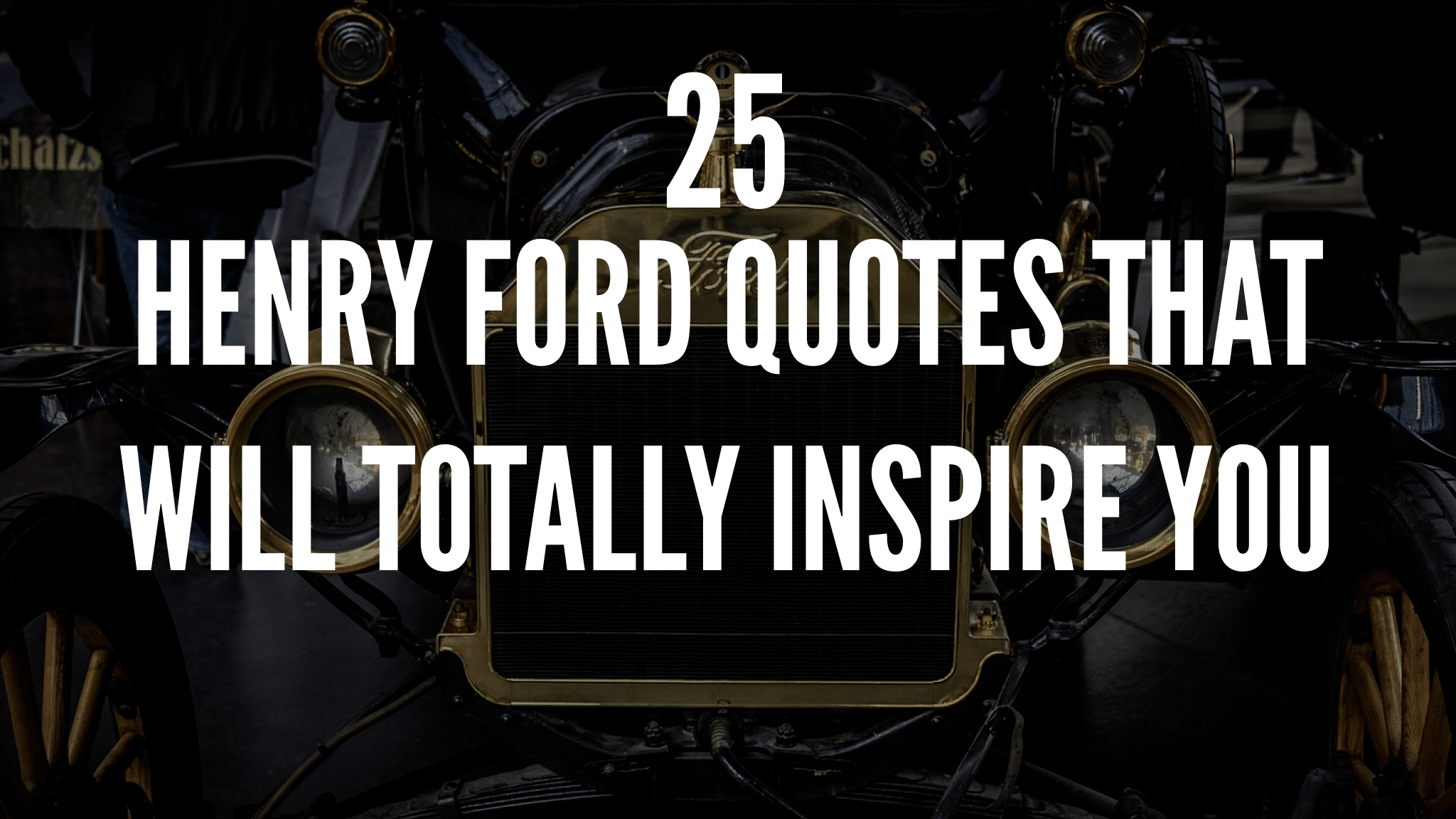 Henry Ford was an American industrialist who revolutionized factory production with his assembly-line methods of automobile production. He made owning a motor car both practical and affordable.

While working as an engineer for the Edison Illuminating Company in Detroit, Henry Ford built his first gasoline-powered horseless carriage called the Quadricycle, in the shed behind his home.

In 1903, he established the Ford Motor Company, and just five years later the company rolled out the first Model T automobile. In order to meet massive demand for this revolutionary vehicle, Henry Ford introduced revolutionary mass-production methods, including large production plants, the use of interchangeable parts and, in 1913, the world’s first moving assembly line for cars.

Here are 25 Henry Ford quotes to inspire you to believe in yourself, go after your dreams and never give up.

2. The whole secret of a successful life is to find out what is one’s destiny to do, and then do it. ― Henry Ford

3. Quality means doing it right when no one is looking. ― Henry Ford

4. You can’t build a reputation on what you are going to do. ― Henry Ford 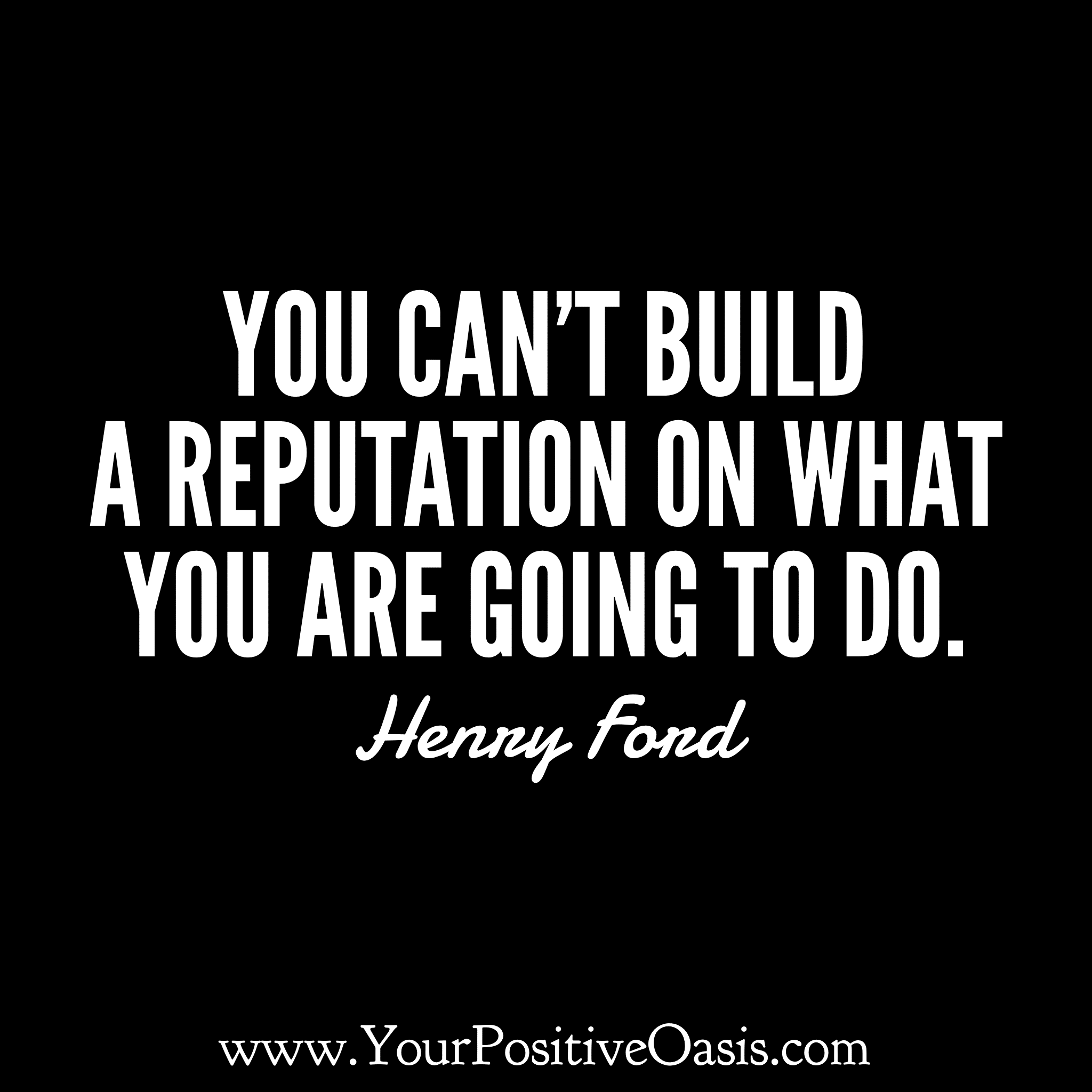 5. You can’t learn in school what the world is going to do next year. ― Henry Ford

6. Nothing is particularly hard if you divide it into small jobs. ― Henry Ford

7. If I had asked people what they wanted, they would have said faster horses. ― Henry Ford

8. If everyone is moving forward together, then success takes care of itself. ― Henry Ford

9. Begin with the determination to succeed, and the work is half done already. ― Henry Ford

10. Obstacles are those frightful things you see when you take your eyes off your goal. ― Henry Ford

12. My best friend is the one who brings out the best in me. ― Henry Ford

13. An idealist is a person who helps other people to be prosperous. ― Henry Ford

14. To do more for the world than the world does for you – that is success. ― Henry Ford 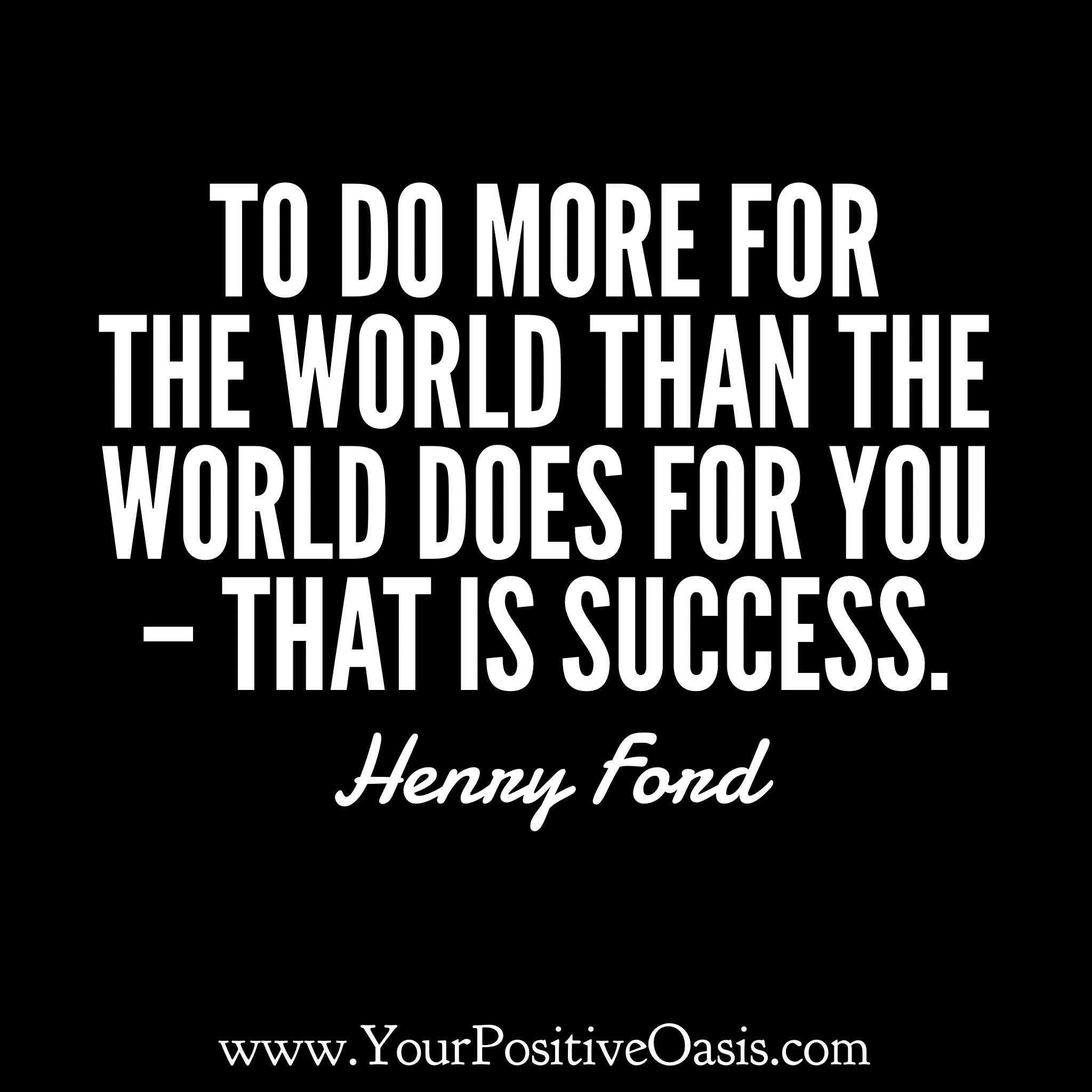 15. Most people spend more time and energy going around problems than in trying to solve them. ― Henry Ford

16. The only real mistake is the one from which we learn nothing. ― Henry Ford

18. Genius is seldom recognized for what it is: a great capacity for hard work. ― Henry Ford

19. One of the greatest discoveries a person makes, one of their great surprises, is to find they can do what they were afraid they couldn’t do. ― Henry Ford

20. When everything seem to be going against you, remember that the airplane takes off against the wind, not with it. ― Henry Ford

21. You don’t have to hold a position in order to be a leader. ― Henry Ford

22. There are three things that grow more precious with age; old wood to burn, old books to read, and old friends to enjoy. ― Henry Ford

23. There is no man living who isn’t capable of doing more than he thinks he can do. ― Henry Ford 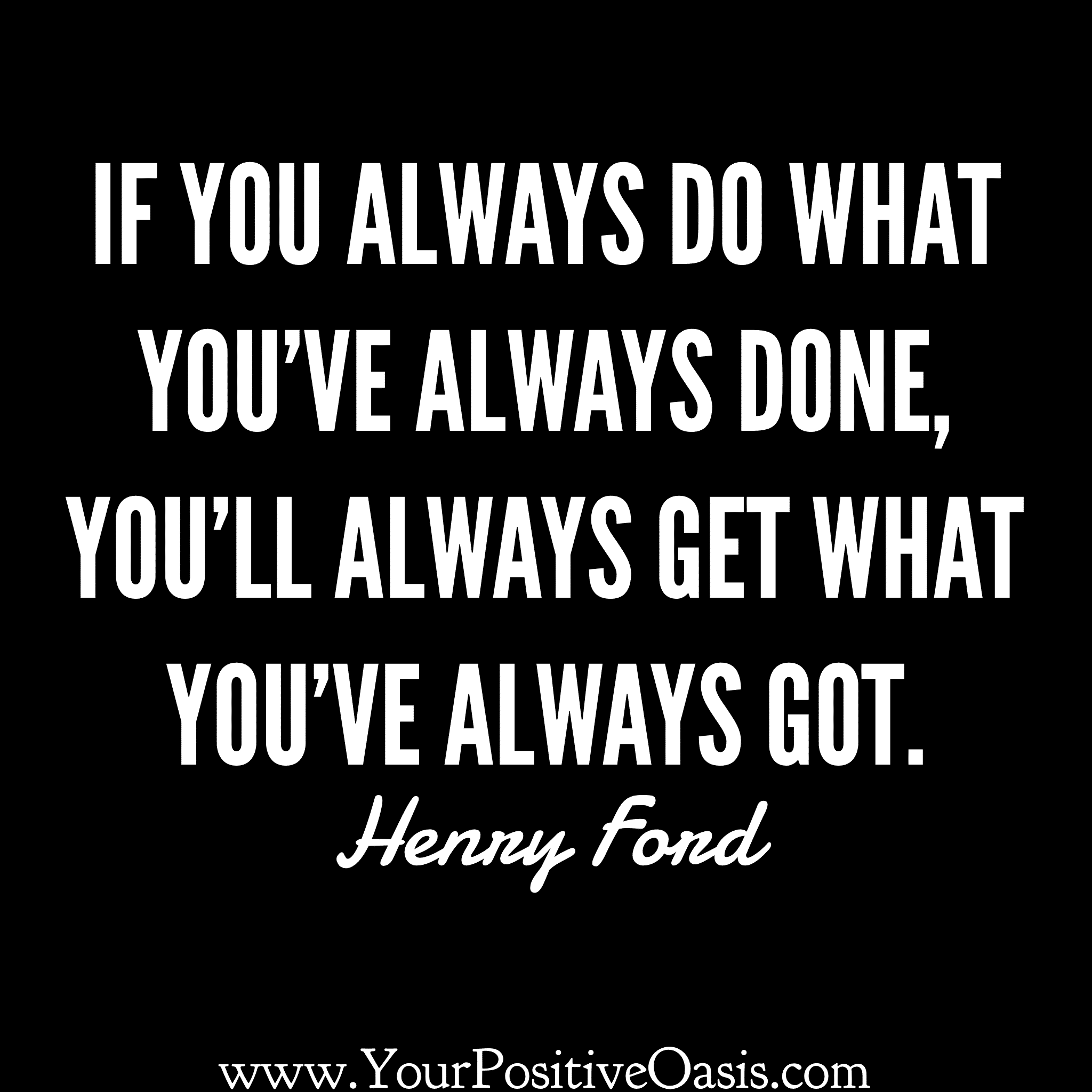 I really hope that you enjoy this collection of positive quotes. We can all do with some inspiration from time to time to lift our spirits and help us to be more positive!  END_OF_DOCUMENT_TOKEN_TO_BE_REPLACED

I really hope that you will enjoy this wonderful collection of quotes by some of the greatest motivational speakers ever! The following speakers have motivated millions of people all over the world through their seminars, videos and books.
END_OF_DOCUMENT_TOKEN_TO_BE_REPLACED

Johann Wolfgang von Goethe, was a German poet, playwright, novelist, scientist, statesman and amateur artist. His works and opinions made a deep impression on many of the writers and poets of the early 19th century. END_OF_DOCUMENT_TOKEN_TO_BE_REPLACED