Bill Gates is an American computer programmer, entrepreneur, philanthropist and the founder of Microsoft. He wrote his first software program when he was just 13 years of age. He left Harvard university in his junior year to form Microsoft with his hometown friend Bill Allen.

Bill Gates is the world’s second-richest person, with an estimated net worth of $96.5 billion, according to Forbes. He gives away most of his vast fortune through the Bill and Melinda Gates Foundation to various social, educational and health developments. Here is a great collection of Bill Gates quotes on business and success.

1. Success is a lousy teacher. It seduces smart people into thinking they can’t lose. – Bill Gates

2. This is a fantastic time to be entering the business world, because business is going to change more in the next 10 years than it has in the last 50. – Bill Gates

3. It’s fine to celebrate success but it is more important to heed the lessons of failure. – Bill Gates

5. The life you create and design for yourself is going to accumulate from the choices you make over time. – Bill Gates

6. I am not in competition with anyone but myself. My goal is to improve myself continuously. – Bill Gates

8. The Internet is becoming the town square for the global village of tomorrow. – Bill Gates

9. Until we’re educating every kid in a fantastic way, until every inner city is cleaned up, there is no shortage of things to do. – Bill Gates

10. Everyone needs a coach. It doesn’t matter whether you’re a basketball player, a tennis player, a gymnast, or a bridge player. – Bill Gates

11. We all need people who will give us feedback. That’s how we improve. – Bill Gates 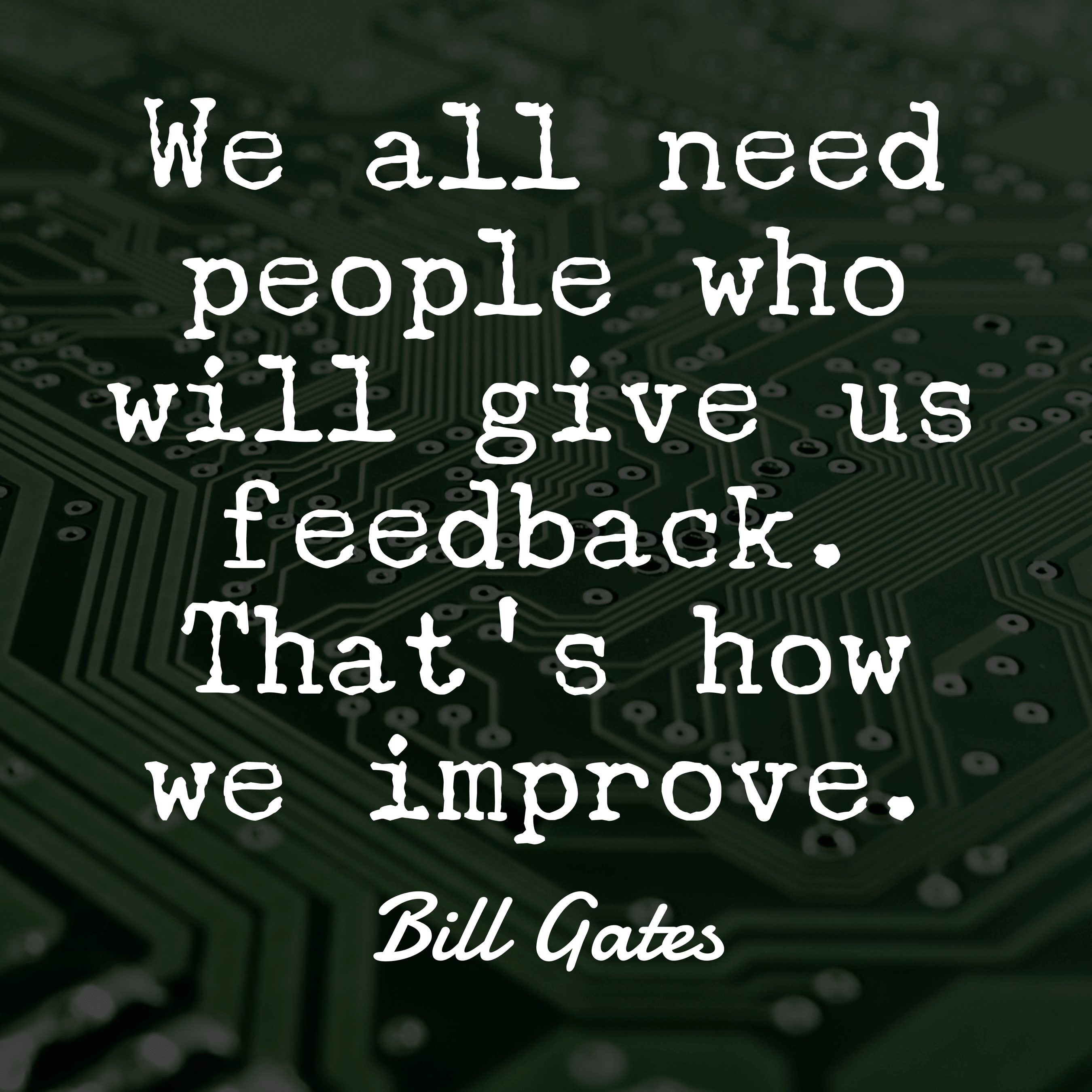 12. In three years, every product my company makes will be obsolete. The only question is whether we will make them obsolete or somebody else will. – Bill Gates

13. Television is not real life. In real life, people actually have to leave the coffee shop and go to jobs. – Bill Gates

Don’t compare yourself with anyone in this world, if you do so, you are insulting yourself. – Bill Gates

15. As we look ahead into the next century, leaders will be those who empower others. – Bill Gates

16. To win big, you sometimes have to take big risks. – Bill Gates

17. Our success has really been based on partnerships from the very beginning. – Bill Gates

18. I really had a lot of dreams when I was a kid, and I think a great deal of that grew out of the fact that I had a chance to read a lot. – Bill Gates

19. Patience is a key element of success. – Bill Gates

20. Be nice to nerds. Chances are you’ll end up working for one. – Bill Gates

21. The most amazing philanthropists are people who are actually making a significant sacrifice.

If you enjoyed these Bill Gates Quotes, you will love:

25 Mindset Quotes That Will Change Your Thinking

Enlightening Sadhguru Quotes To Live By

Quotes About Getting Rid Of Toxic People

Happy Friday Quotes That Will Lift Your Spirit