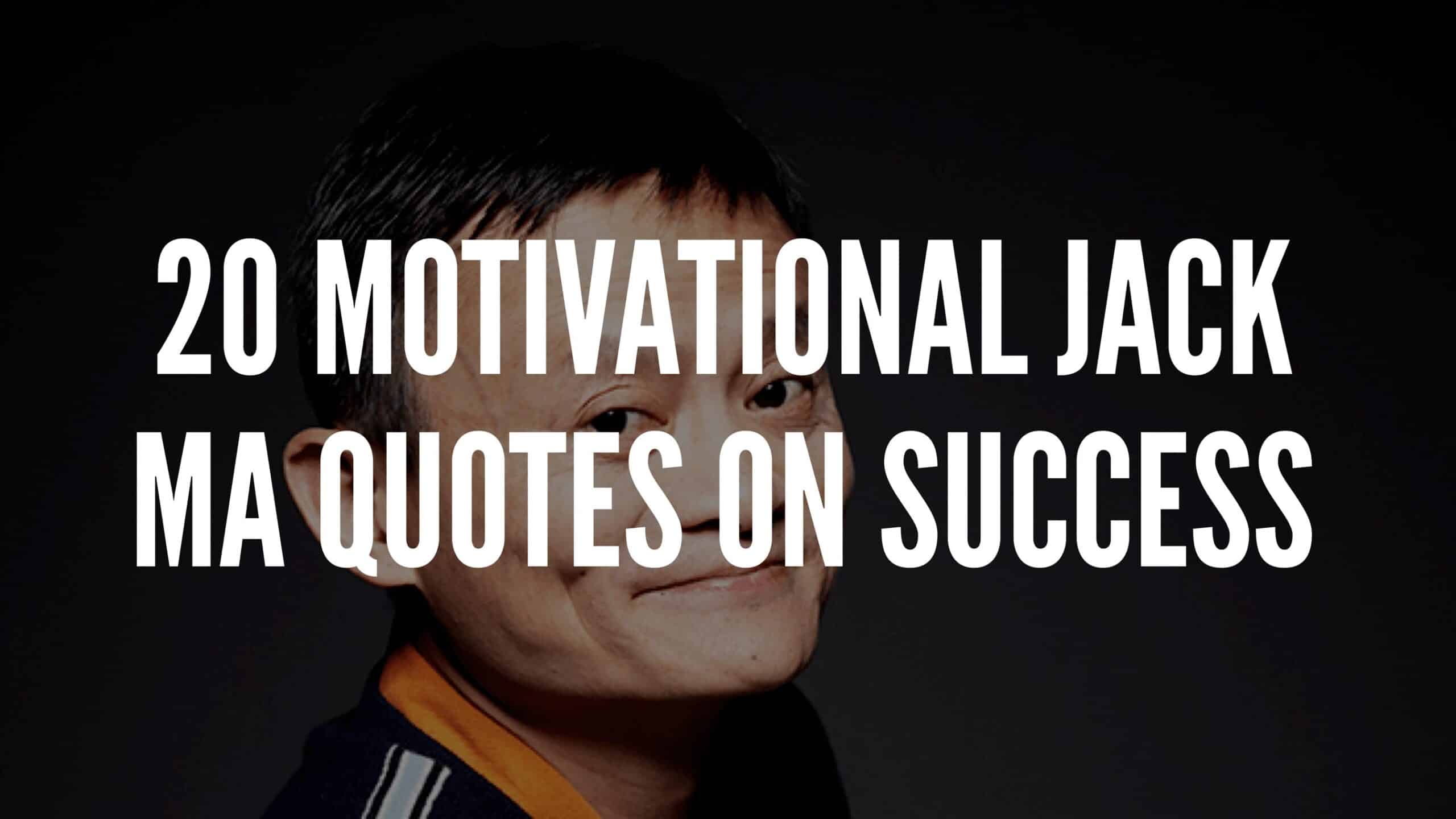 Jack Ma (born Ma Yun) was born on October 15, 1964, in Hangzhou, in the southeastern part of China. He is the founder of Alibaba, an entrepreneur, investor, philanthropist and motivational speaker. Jack Ma’s story is a great example of believing in yourself and having a ‘never give up attitude.’

When Jack Ma finished high school he applied to go to college but he failed the entrance exam twice. After a great deal of studying, he finally passed on the third try. After college, Jack would go on to attend Hangzhou Teachers Institute. He graduated in 1988 and started applying to as many jobs as he could. He received more than 20 rejections, including KFC, before being hired as an English teacher for $12 a month! Jack Ma later revealed that his application to attend Harvard was rejected 10 times!

A few years later, Jack saw a huge future in the internet. Though his first two business ventures failed, determined to succeed and with his never give up attitude, Jack gathered 17 of his friends in his apartment and convinced them to invest in his vision for an online marketplace he called “Alibaba.” The site would allow exporters to post product listings that customers could buy directly.

In September 2014 the Alibaba Group debuted an IPO on the New York Stock Exchange that raised $21.8 billion. That IPO was the largest ever in the United States at the time and it gave the company a market value of $168 billion. In 2017, Jack Ma was ranked second in the annual “World’s 50 Greatest Leaders” list by Fortune. Jack Ma’s personal net worth is estimated to be $39 billion as of 2019. I have collected 20 of the best Jack Ma quotes that I hope you will enjoy.

1. Forget about your competitors, just focus on your customers. – Jack Ma

2. Help young people. Help small guys. Because small guys will be big. Young people will have the seeds you bury in their minds, and when they grow up, they will change the world. – Jack Ma

3. If you don’t give up, you still have a chance. Giving up is the greatest failure. – Jack Ma

6. Once in your life, try something. Work hard at something. Try to change. Nothing bad can happen. – Jack Ma

7. You never know how much can you do in your life. – Jack Ma

8. You should learn from your competitor, but never copy. Copy and you die. – Jack Ma

9. The very important thing you should have is patience. – Jack Ma

10. Today, if you want to be a great company, think about what social problem you could solve. – Jack Ma

11. Opportunities lie in the place where the complaints are. – Jack Ma

12. If you have different mindset, you will have a different outcome. – Jack Ma

13. Never ever compete on prices, instead compete on services and innovation. – Jack Ma

16. You need the right people with you, not the best people. – Jack Ma

17. If you want to win in the 21st century, you have to empower others, making sure other people are better than you. Then you will be successful. – Jack Ma

18. You’ve got to make your team have value, innovation, and vision. – Jack Ma

19. We appreciate yesterday, but we’re looking for a better tomorrow. – Jack Ma

I hope that you enjoyed this collection of motivational Jack Ma quotes.