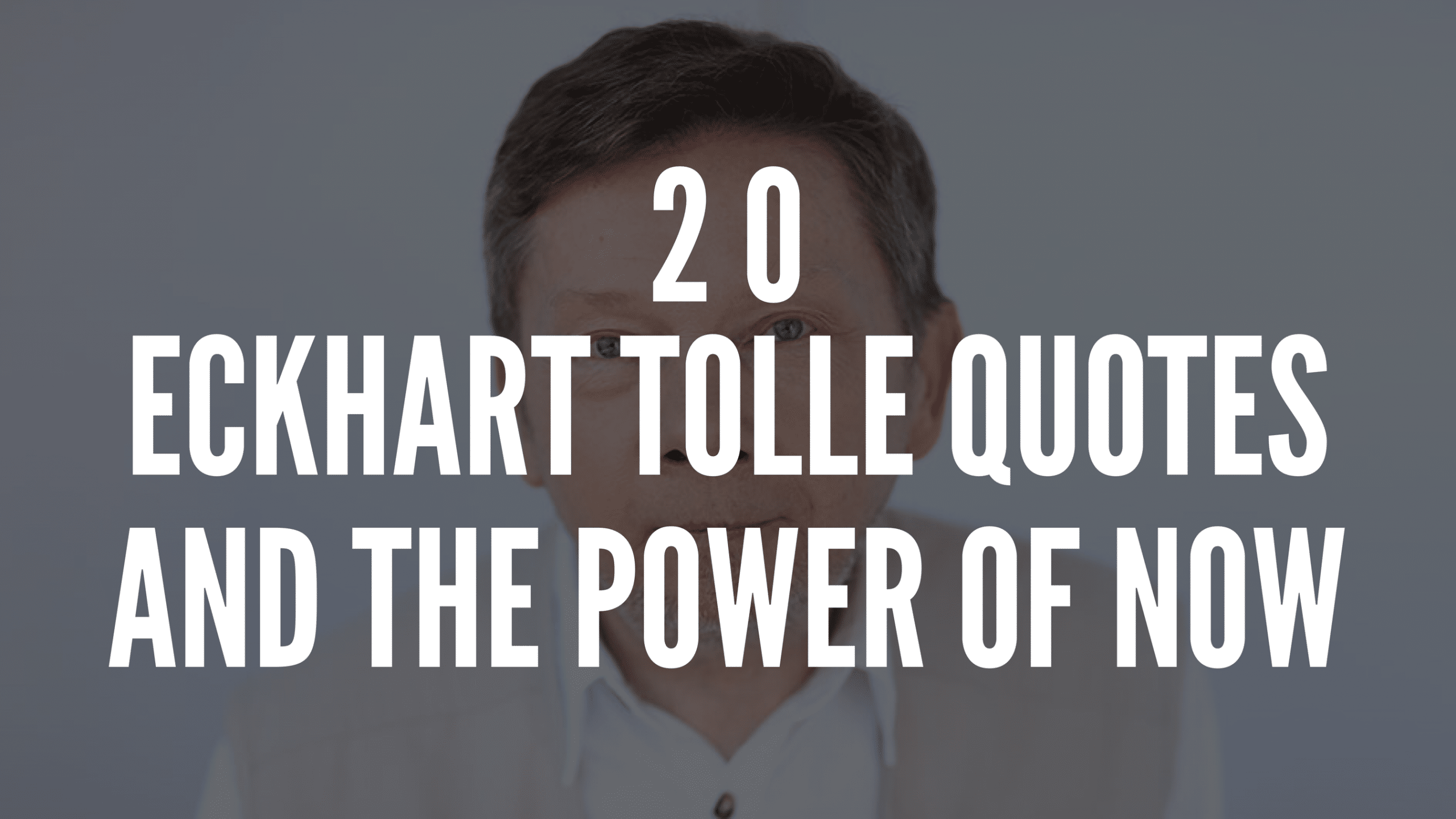 Eckhart Tolle was born in Germany and is best known as the author of the worldwide bestselling book The Power of Now. In 2008 The New York Times called Eckhart Tolle the most popular spiritual author in the United States.

Eckhart Tolle said he was depressed for much of his life until age 29, when he underwent an “inner transformation”. He then spent several years wandering “in a state of deep bliss” before becoming a spiritual teacher.

Eckhart moved to Vancouver, British Columbia in 1995 and now divides his time between Canada and California. Eckhart Tolle is the author of the #1 New York Times bestseller, The Power of Now, which has been translated into 33 languages. In 2016, Eckhart Tolle was named by Oprah Winfrey as one of the SuperSoul 100 list of visionaries and influential leaders.

The following collection of Eckhart Tolle quotes have inspired millions of people around the world. These quotes are powerful reminders for us to let go of the past, to live in the present moment and to enjoy the power of now.

20 Eckhart Tolle Quotes And The Power Of Now

1. The past has no power over the present moment. – Eckhart Tolle

2. Instead of asking “what do I want from life? ” A more powerful question is, “what does life want from me? – Eckhart Tolle

3. Pleasure is always derived from something outside you, whereas joy arises from within. – Eckhart Tolle

4. You do not become good by trying to be good, but by finding the goodness that is already within you, and allowing that goodness to emerge. – Eckhart Tolle

5. Realize deeply that the present moment is all you have. Make the NOW the primary focus of your life. – Eckhart Tolle

6. The primary cause of unhappiness is never the situation but your thoughts about it. – Eckhart Tolle

8. All the things that truly matter — beauty, love, creativity, joy, inner peace — arise from beyond the mind. – Eckhart Tolle

9. The more you are focused on time—past and future—the more you miss the Now, the most precious thing there is. – Eckhart Tolle

10. You create a good future by creating a good present. – Eckhart Tolle

11. Acknowledging the good that you already have in your life is the foundation for all abundance. – Eckhart Tolle

12. Your outer journey may contain a million steps; your inner journey only has one: the step you are taking right now. – Eckhart Tolle

13. Say “yes” to life — and see how life suddenly starts working for you rather than against you. – Eckhart Tolle

Sometimes letting things go is an act of far greater power than defending or hanging on. – Eckhart Tolle

15. Some changes look negative on the surface but you will soon realize that space is being created in your life for something new to emerge. – Eckhart Tolle

16. Life isn’t as serious as the mind makes it out to be. – Eckhart Tolle

18. In today’s rush we all think too much, seek too much, want too much and forget about the joy of just Being. – Eckhart Tolle

19. It is not uncommon for people to spend their whole life waiting to start living. – Eckhart Tolle

20. Whatever the present moment contains, accept it as if you had chosen it. – Eckhart Tolle

I hope that you enjoyed this wonderful collection of Eckhart Tolle quotes.