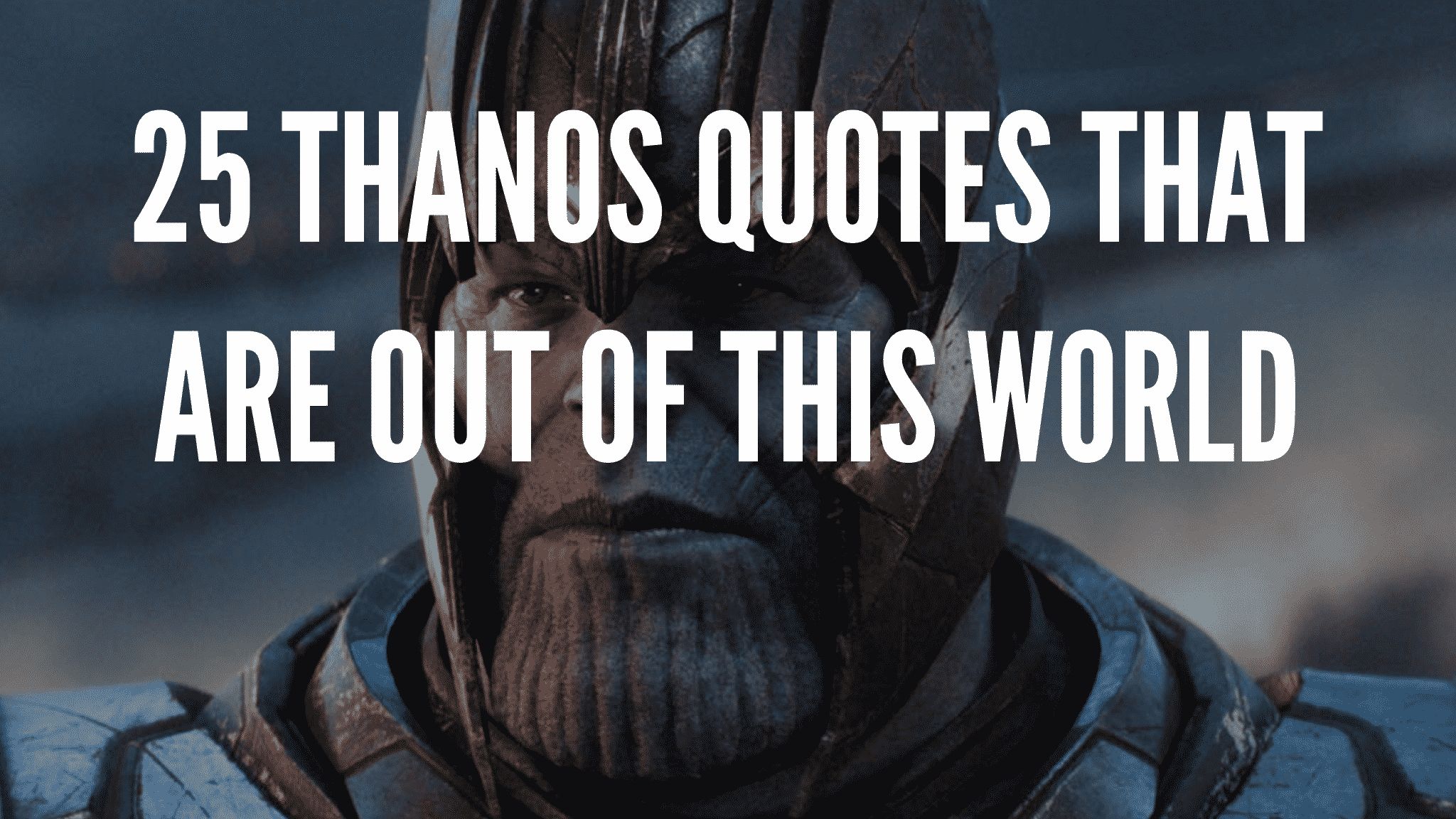 I really think that you are going to enjoy reading the following collection of Thanos Quotes from the MCU.

Thanos is a supervillain character that first appeared in comic books published by Marvel Comics and then later in Marvel movies. One of the most powerful villains in the Marvel Universe, Thanos has clashed with many heroes including the X-Men, the Guardians of the Galaxy, The Fantastic Four, and more recently with The Avengers in the popular movies Avengers: Infinity Wars and Avengers: Endgame.

In the Avengers movies, Thanos has a great interest in acquiring the Infinity Stones, six objects of immense power that are scattered throughout the universe. Thanos has the Infinity Gauntlet built in order to harness the power of the infinity stones and therefore becoming the most powerful item in the universe.

The film Avengers Endgame received numerous awards and nominations, including a nomination for Best Visual Effects at the 92nd Academy Awards. Avengers: Endgame grossed $2.798 billion worldwide at the box office, breaking numerous box office records, including becoming the highest-grossing film of all time.

I am sure that fans of the Marvel Movies will enjoy these quotes by Thanos.

1. This universe is finite, its resources, finite. If life is left unchecked, life will cease to exist. It needs correcting. ― Thanos

2. When I’m done, half of humanity will still exist. Perfectly balanced, as all things should be. ― Thanos 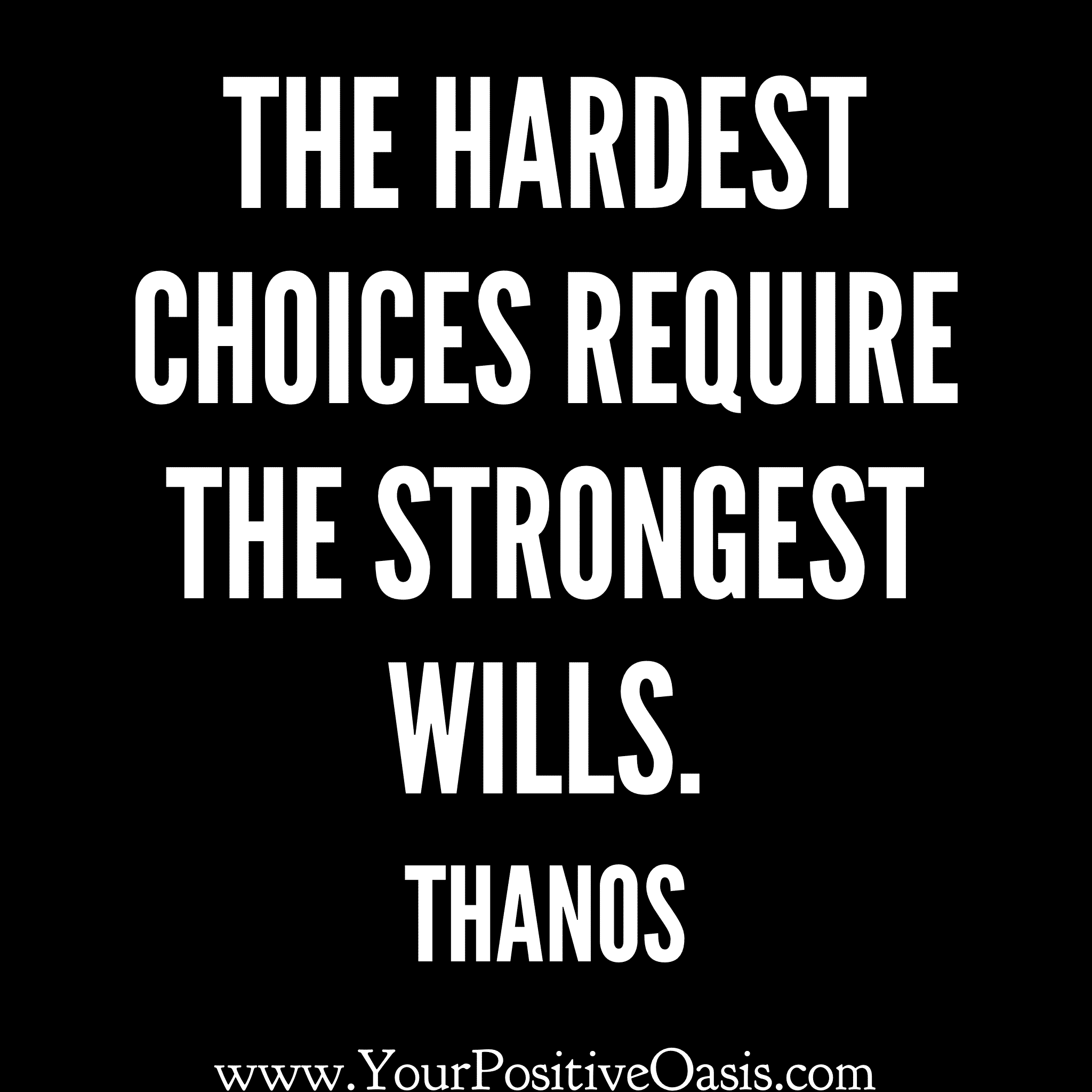 4. Fun isn’t something one considers when balancing the universe. But this… does put a smile on my face.  ― Thanos 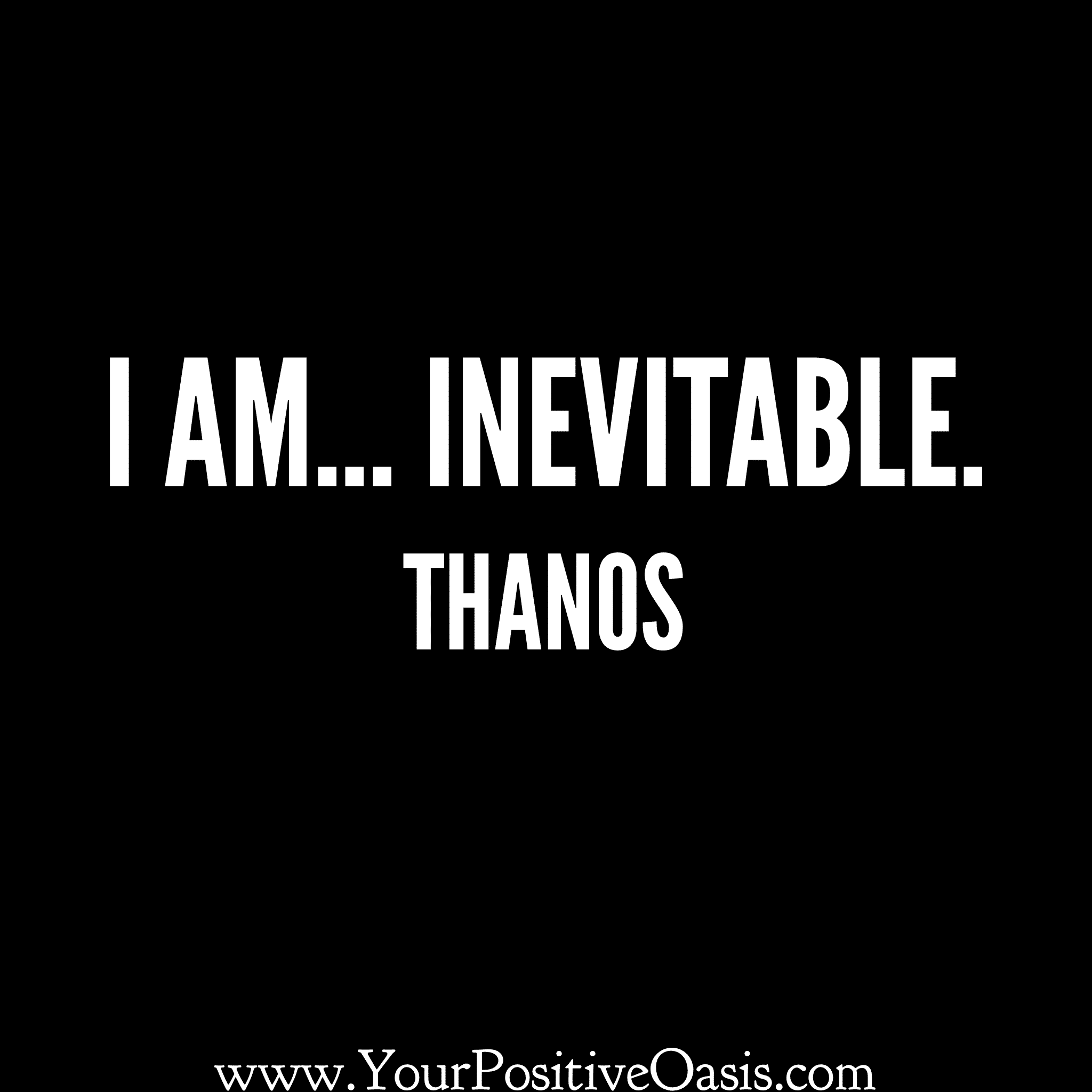 7. Destiny waits for no man. Not even one who shall bring the universe to its knees. ― Thanos

8. You could not live with your own failure. Where did that bring you? Back to me. ― Thanos

9. A small price to pay for salvation. ― Thanos

11. In my heart, I knew you still cared. But one ever knows for sure. Reality is often disappointing. ― Thanos

13. You’re strong. But I could snap my fingers, and you’d all cease to exist. ― Thanos

14. I ignored my destiny once, I can not do that again. ― Thanos 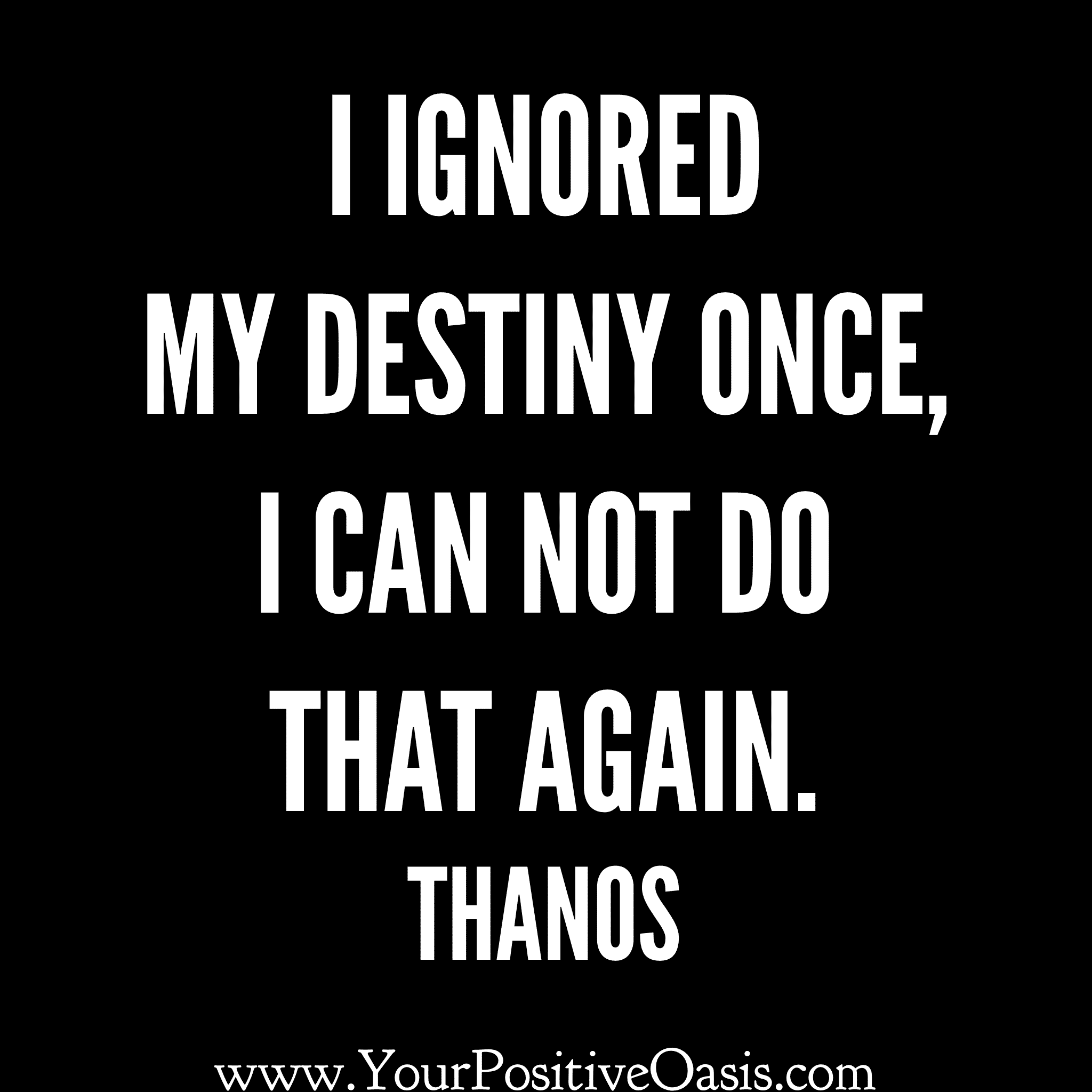 16. I will shred this universe down to it’s last atom and then, with the stones you’ve collected for me, create a new one. It is not what is lost but only what it is been given… a grateful universe. ― Thanos

18. You should choose your words wisely. ― Thanos

19. Your planet was on the brink of collapse. I’m the one who stopped that. You know what’s happened since then? The children born have known nothing but full bellies and clear skies. It’s a paradise. ― Thanos

21. I did not ask for your trust. I demand only your obedience. ― Thanos 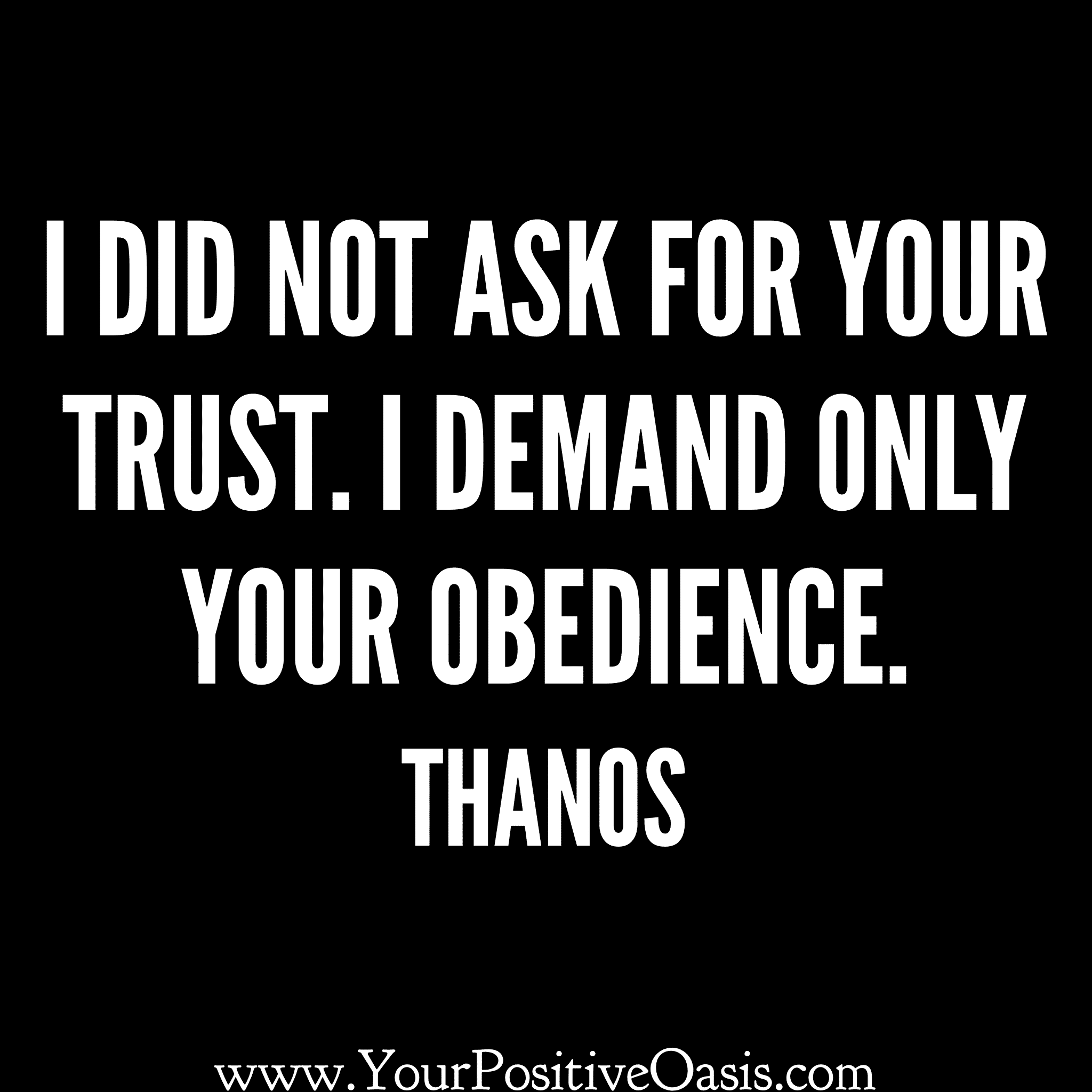 22. As long as there are those that remember what was, there will always be those, that are unable to accept what can be. They will resist. ― Thanos

23. Your optimism is misplaced, Asgardian. ― Thanos

24. They called me a madman. And what I predicted, came to pass. ― Thanos

25. You have my respect, Stark. When I’m done, half of humanity will still be alive. I hope they remember you. ― Thanos

I hope that you enjoyed reading this collection of Thanos Quotes.

Thanos’ quotes in the MCU highlight his complex character as both a villain and a tragic figure.

His belief in his ultimate goal of balancing the universe through population control is both chilling and thought-provoking.

I am sure that the impact of his actions and words will continue to be felt in future films, making him one of the most memorable and iconic villains in recent cinema.