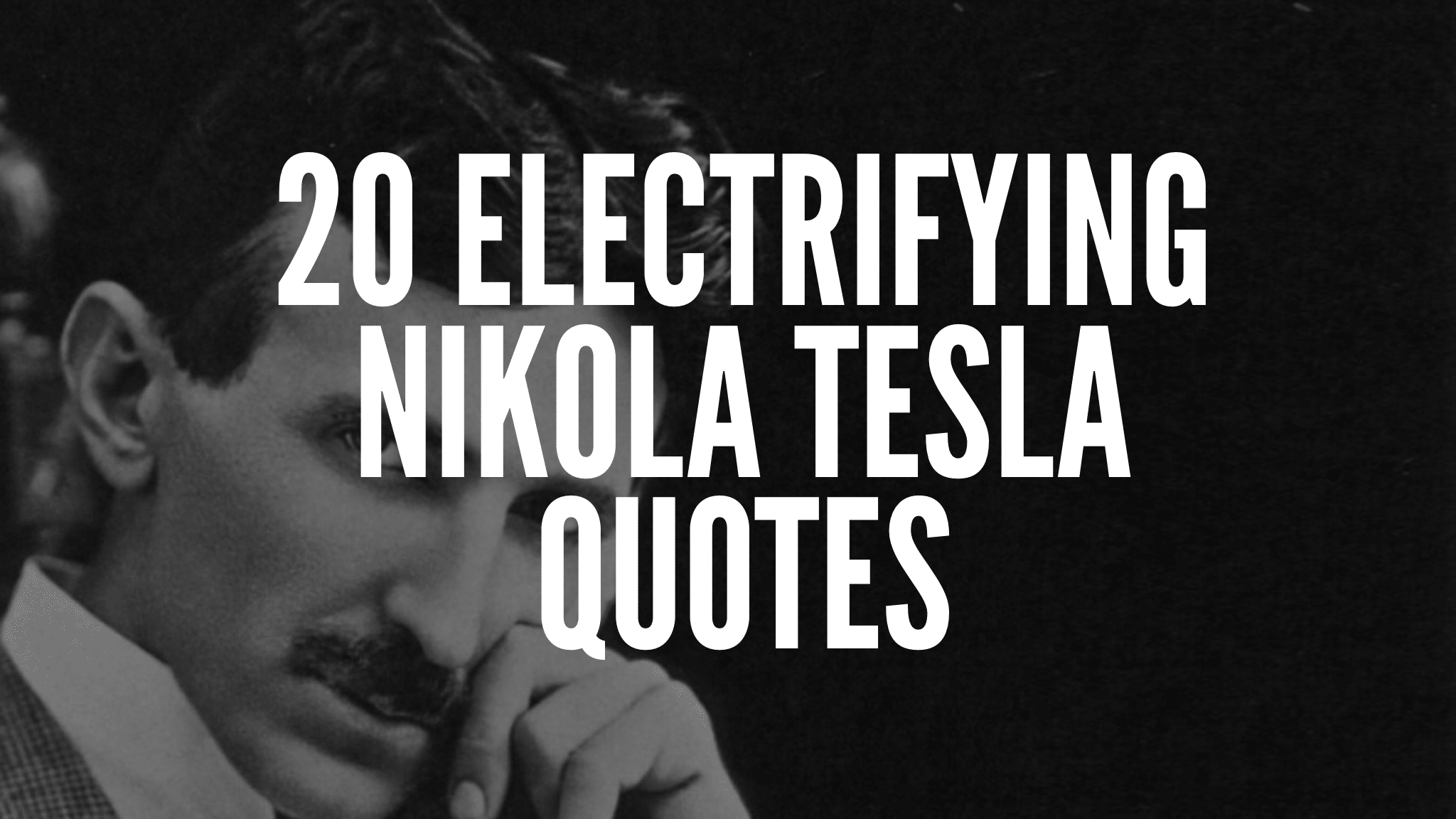 Nikola Tesla was born in Smiljan, Croatia in 1856. He was an engineer, inventor and futurist. He had a photographic memory, he could speak eight languages and he held approximately 300 patents.

He worked for a short time at the Thomas Edison Machine Works in New York City before going out on his own. With the help from financial backers, Nikola Tesla set up laboratories and companies in New York to develop a range of electrical and mechanical devices.

He produced the first motor that was powered using an AC current. He also developed technology for wireless communication over long distances. His inventions and discoveries in electricity were years ahead of their time. He is known as one of history’s most important inventors and visionaries. Here is a collection of great quotes from the mind of Nikola Tesla.

2. “The desire that guides me in all I do is the desire to harness the forces of nature to the service of mankind.” – Nikola Tesla

3. “If you want to find the secrets of the universe, think in terms of energy, frequency, and vibration.” – Nikola Tesla

5. “It will soon be possible to transmit wireless messages around the world so simply that any individual can carry and operate his own apparatus.” – Nikola Tesla

7. “When I get an idea I start at once building it up in my imagination. I change the construction, make improvements, and operate the device entirely in my mind.” – Nikola Tesla

8. “Peace can only come as a natural consequence of universal enlightenment and merging of races, and we are still far from this blissful realization.” – Nikola Tesla

9. “You may live to see man-made horrors beyond your comprehension.” – Nikola Tesla

10. “Let the future tell the truth, and evaluate each one according to his work and accomplishments. The present is theirs; the future, for which I have really worked, is mine.” – Nikola Tesla

12. “If your hate could be turned into electricity, it would light up the whole world.” – Nikola Tesla

13. “My brain is only a receiver, in the Universe, there is a core from which we obtain knowledge, strength and inspiration.” – Nikola Tesla

14. “We crave for new sensations but soon become indifferent to them. The wonders of yesterday are today common occurrences.” – Nikola Tesla

16. “Most persons are so absorbed in the contemplation of the outside world that they are wholly oblivious to what is passing on within themselves.” – Nikola Tesla

17. “The day science begins to study non-physical phenomena, it will make more progress in one decade than in all the previous centuries of its existence.” – Nikola Tesla

18. “As I review the events of my past life I realize how subtle are the influences that shape our destinies.” – Nikola Tesla

19. “The spread of civilization may be likened to a fire; first, a feeble spark, next a flickering flame, then a mighty blaze, ever increasing in speed and power.” – Nikola Tesla

20. “I gave to the world a wireless system of potentialities far beyond anything before conceived.” – Nikola Tesla

The Best 40 Quotes From Albert Einstein