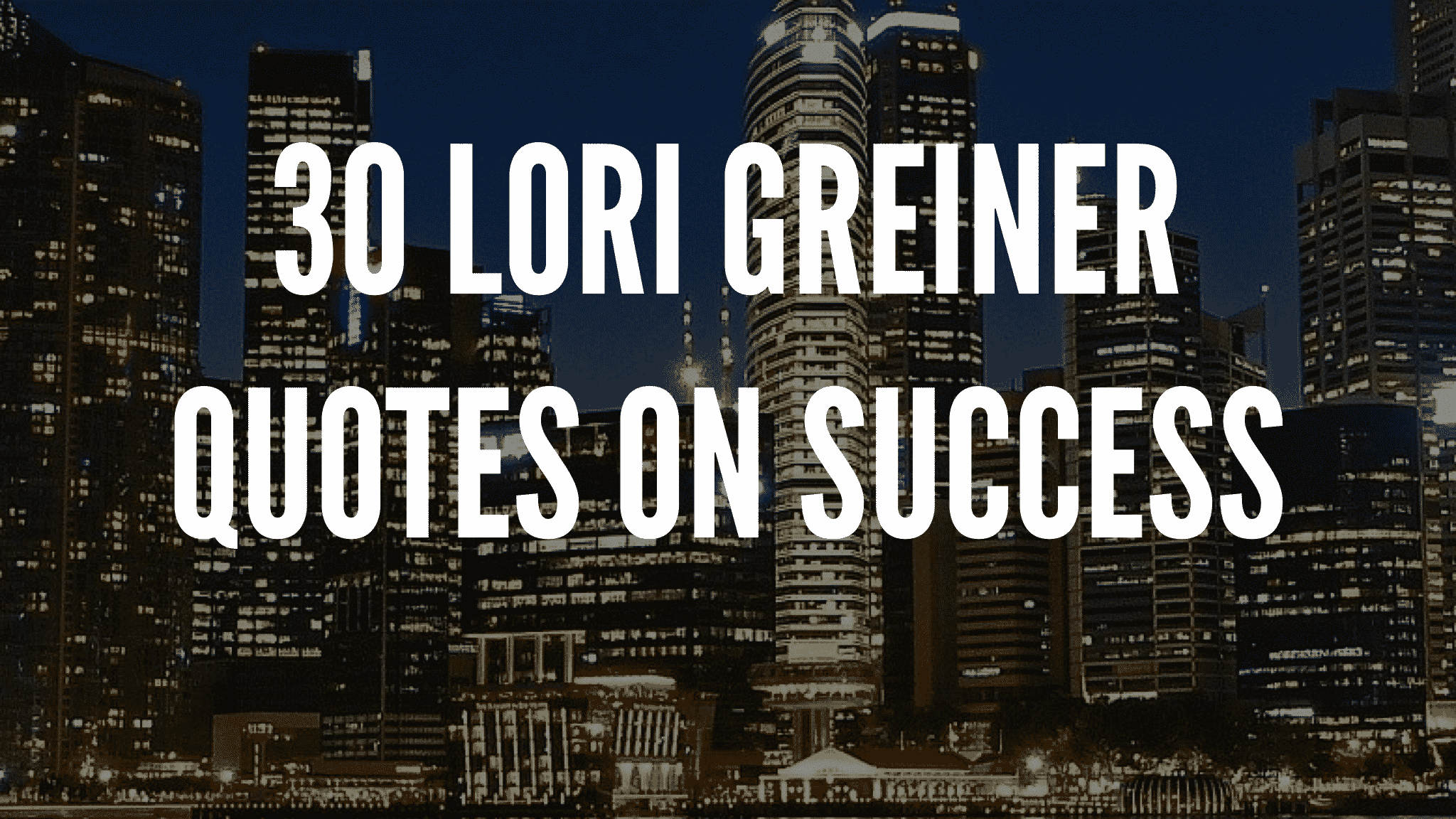 Lori Greiner in an American entrepreneur, and investor who is best known for her role as an investor on the popular television show ‘Shark Tank’. She is also known as “The Queen of QVC” and the “Warm Blooded Shark.”

Lori Greiner is also a highly successful, self-made inventor, she has created over 700 products and holds 120 US and international patents. She became a popular television personality as an investor on the Emmy Award winning and Critic’s Choice Award winning show, ‘Shark Tank’. Shark Tank is a hit entrepreneurial business show, where Lori and other sharks such as Mark Cuban, Daymond John and Kevin O Leary invest in companies and help turn people’s business dreams into a reality.

Lori Greiner is also a much sought after speaker for high profile companies such as IBM, Adobe, Chase PayPal the American Heart Association and others, inspiring others to achieve their goals and dreams

I hope that you will enjoy the following inspirational Lori Greiner quotes and that they will empower the budding entrepreneur within you.

1. As an entrepreneur, you can always find a solution if you try hard enough. – Lori Greiner

2. Knowledge is power, especially when starting your own company. Educate yourself in what you’ll need to know. – Lori Greiner

3. I learned that nobody’s better than you to get your business off the ground. The experience you get is priceless. – Lori Greiner

5. I prefer to like the people I invest in, but it’s not an absolute necessity, as long as they have a good mind and I know they’ll do whatever it takes to be successful. – Lori Greiner

6. The biggest accomplishment in life isn’t what you’re paid, it’s who you become. – Lori Greiner

7. For an entrepreneur, sometimes the smallest step in the right direction, ends up being the best step of your life. Stick in your little toe first if you must, but take the step. – Lori Greiner

8. If your home environment is good and peaceful and easy, your life is better and easier. – Lori Greiner

9. Sometimes people don’t get anywhere because they sit on something, so afraid to reveal it. And yet, in the reverse, sometimes if you expose something too widely, you can risk losing it. – Lori Greiner

10. You need to pave your own way in the world. – Lori Greiner

11. It’s a fine line, but if you don’t jump out to do something you’ll never get there. – Lori Greiner

12. I love the freedom of being an entrepreneur that I do what I want to do when I want to do it. – Lori Greiner

13. I have the attitude that anything is doable, that I can make anything happen. – Lori Greiner

14. As an entrepreneur, you can always find a solution if you try hard enough. – Lori Greiner

17. The big thing for me is, I never think about myself as a female in business. I’m a person in business. – Lori Greiner

18. People trust I know what I’m doing. I have lots of credibility. I’ve had years of learning. I know and understand my business. – Lori Greiner

19. I think if you just look around and think about what in your life you would like to be better, you can come up with an idea. – Lori Greiner

20. You can make anything happen if you put your mind to it. – Lori Greiner

21. Things go wrong all the time when you’re running your own business, but it’s how you perceive it and deal with it that matters. – Lori Greiner

22. In business, it is most often all about getting your foot in the door, and once you do, everything opens up and things start to naturally progress into bigger and more opportunities. – Lori Greiner

23. I had an idea, I was passionate about it and I had to work hard to turn that into a big success and more products. – Lori Greiner

24. I think people don’t like it when you’re not confident about what you’re pitching, and they don’t want to invest in you or get behind you. – Lori Greiner

26. When it’s yours, you don’t mind doing whatever it takes. As it keeps growing and growing, it’s a lot more work, but you also become better at everything. – Lori Greiner

27. The smaller the market, the harder it is to sell. – Lori Greiner

28. I was fearless, I knew I would make it work, and that’s the difference between successful entrepreneurs and people that don’t get somewhere – it’s that tenacity and drive.” – Lori Greiner

29. Reach for the stars; you might just catch one. – Lori Greiner

30 Powerful Quotes That Will Boost Your Confidence 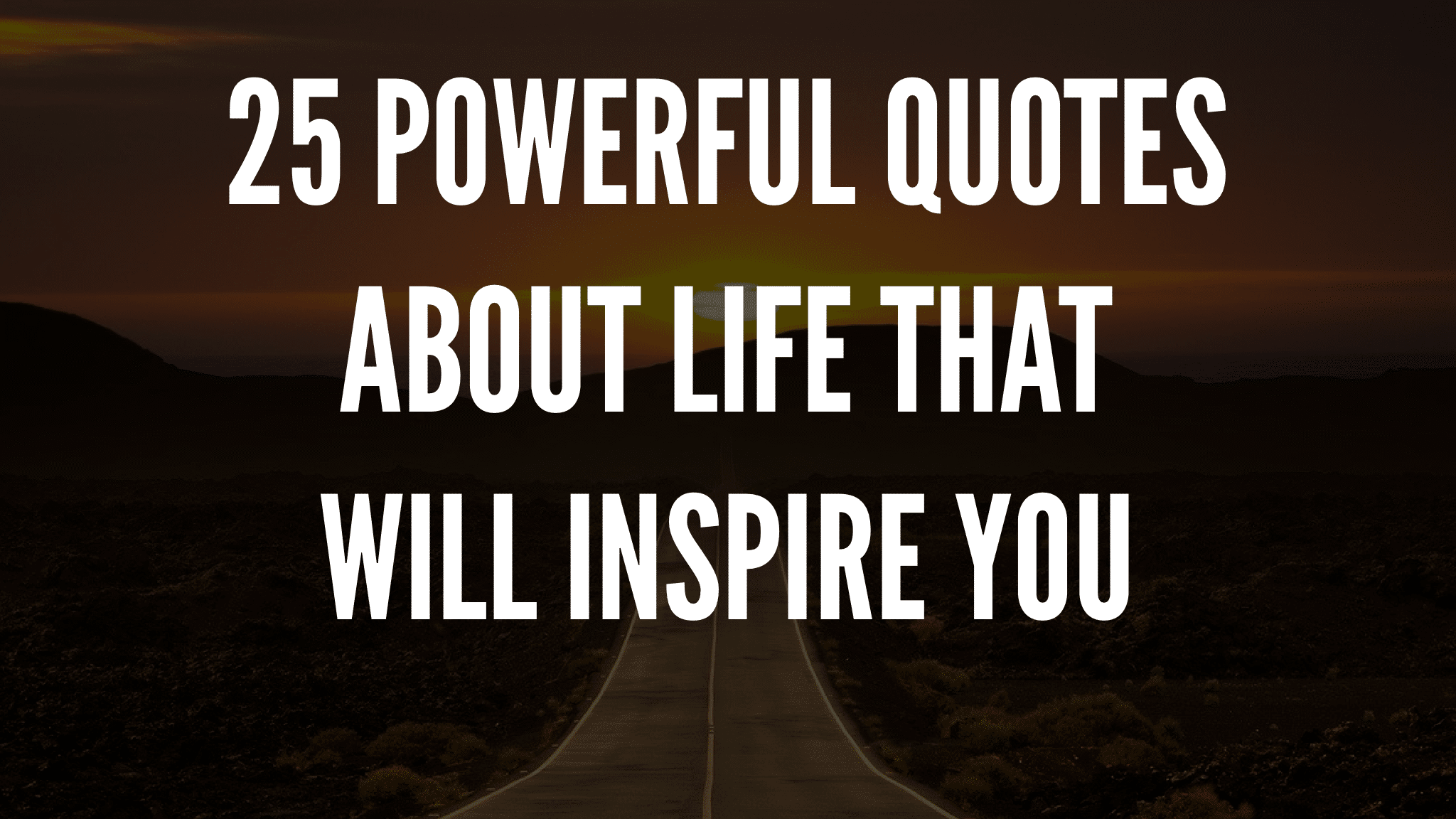 I hope that you will enjoy these powerful quotes about life that I have put together for you. These are some of my very favorite quotes by people such as Jim Rohn, Napoleon Hill, Paulo Coelho, Socrates and many more.

I hope that you take a few minutes out of your day today and read these wonderful quotes. The following quotes have inspired millions of people from around the world and I really hope that they will inspire you too.

1. Knowing yourself is the beginning of all wisdom. ― Aristotle

2. Do something to move yourself toward your major goal every day. ― Brian Tracy

3. All our dreams can come true, if we have the courage to pursue them. ― Walt Disney

5. Someone is sitting in the shade today because someone planted a tree a long time ago. ― Warren Buffett

6. Sometimes the smallest step in the right direction ends up being the biggest step in your life. ― Steve Maraboli 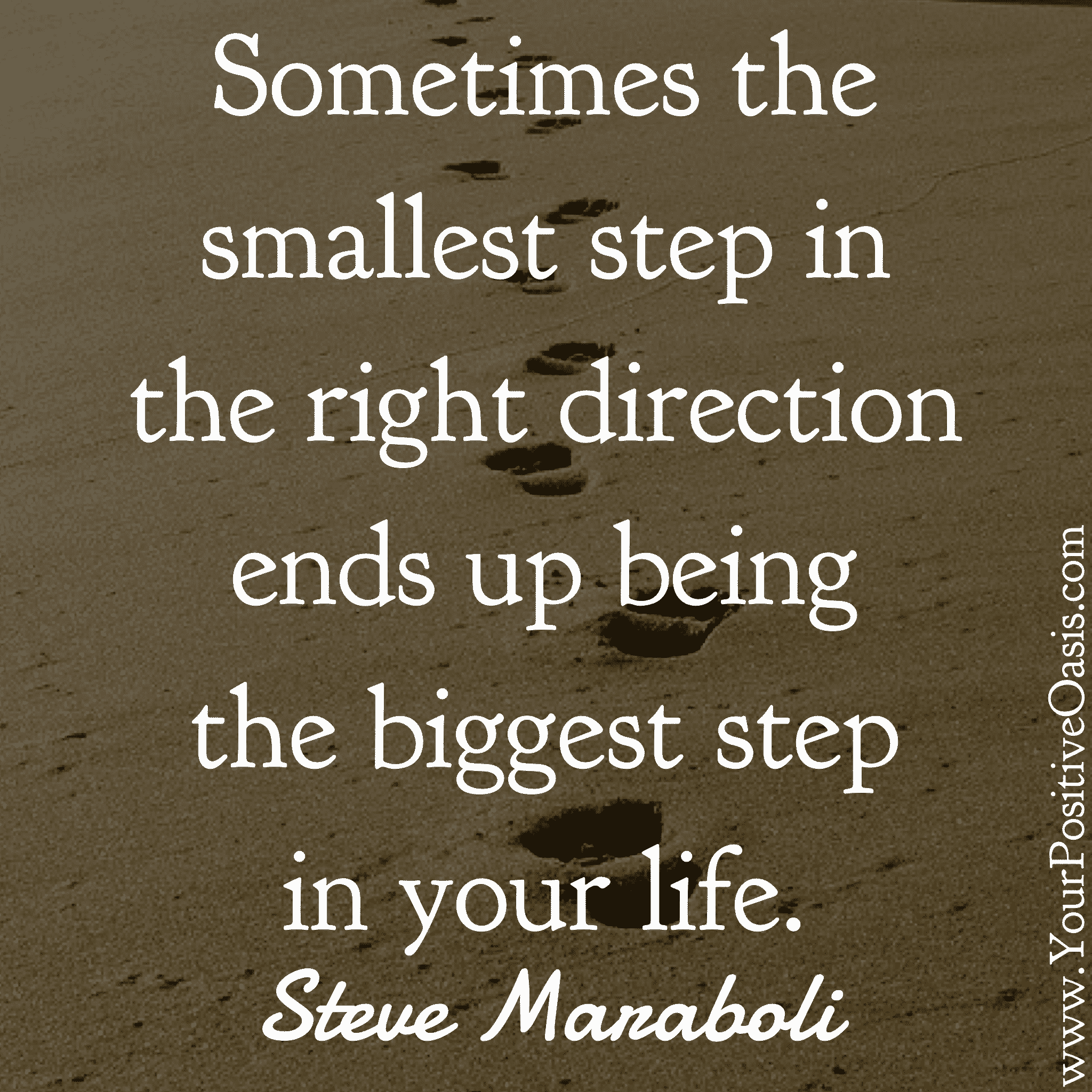 7. I cannot teach anybody anything, I can only make them think. ― Socrates

9. People are capable, at any time in their lives, of doing what they dream of. ― Paulo Coelho

12. You already have within you everything you need to turn your dreams into reality. ― Wallace D. Wattles

13. Believe you can and you’re halfway there. ― Theodore Roosevelt

14. We all have the ability to design our own lives. ― Bob Proctor

15. Today will never happen again. Don’t waste it with a false start or no start at all. ― Og Mandino

16. People inspire you, or they drain you. Pick them wisely. ― Hans F Hansen 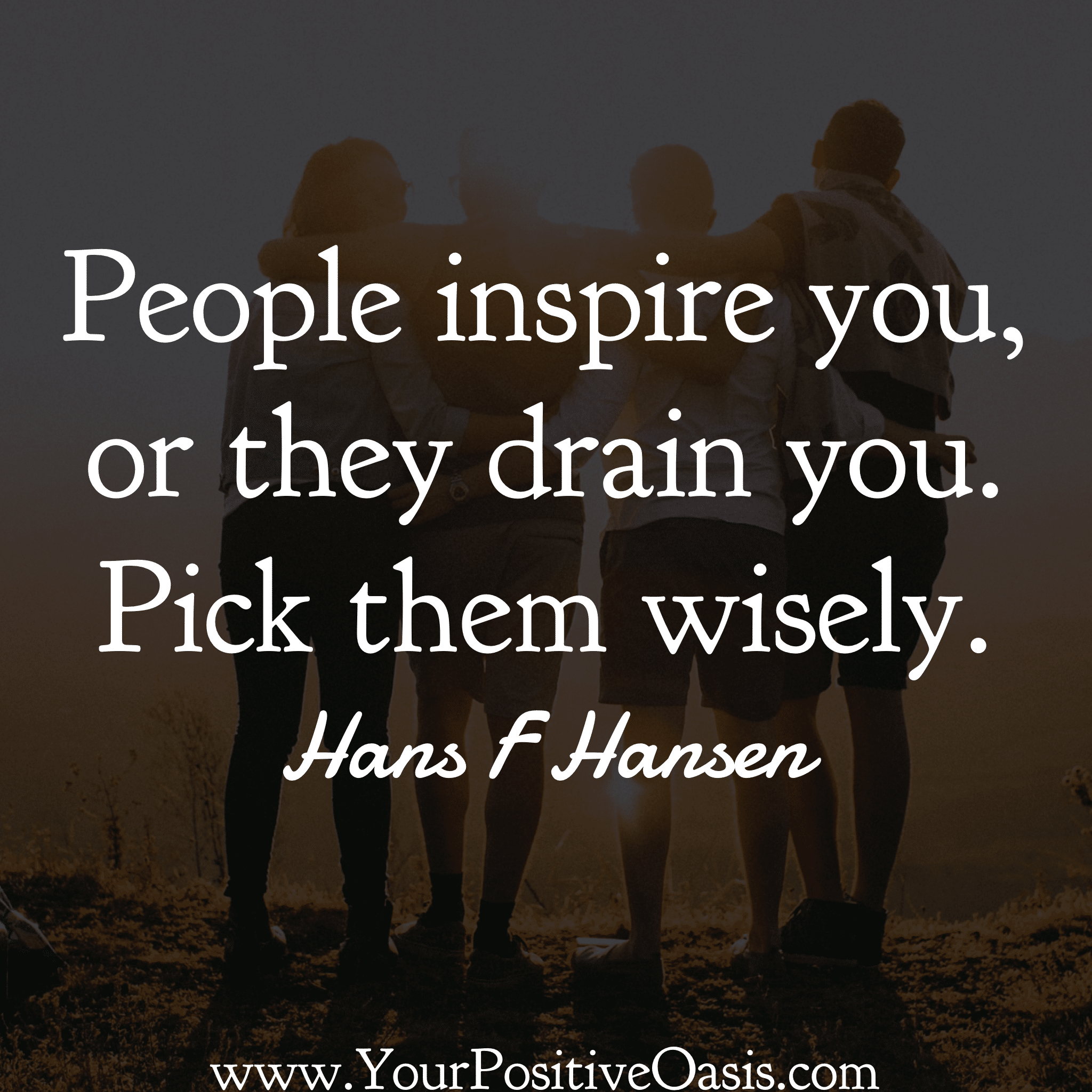 17. Your attitude belongs to you and it’s your choice if you want to have a good one. ― Joyce Meyer

18. The time is now. Stop hitting the snooze button on your life. ― Mel Robbins

19. Motivation is what gets you started. Habit is what keeps you going. ― Jim Rohn

20. People with goals succeed because they know where they are going. ― Earl Nightingale

21. Never discourage anyone who continually makes progress, no matter how slow. ― Plato

22. Decide what you want. Believe you can have it. Believe that you deserve it, and believe its possible for you. ― Jack Canfield

23. Success in life is becoming what you want to be. ― Napoleon Hill

25. What appears to be the end of the road may simply be a bend in the road. ― Robert H. Schuller 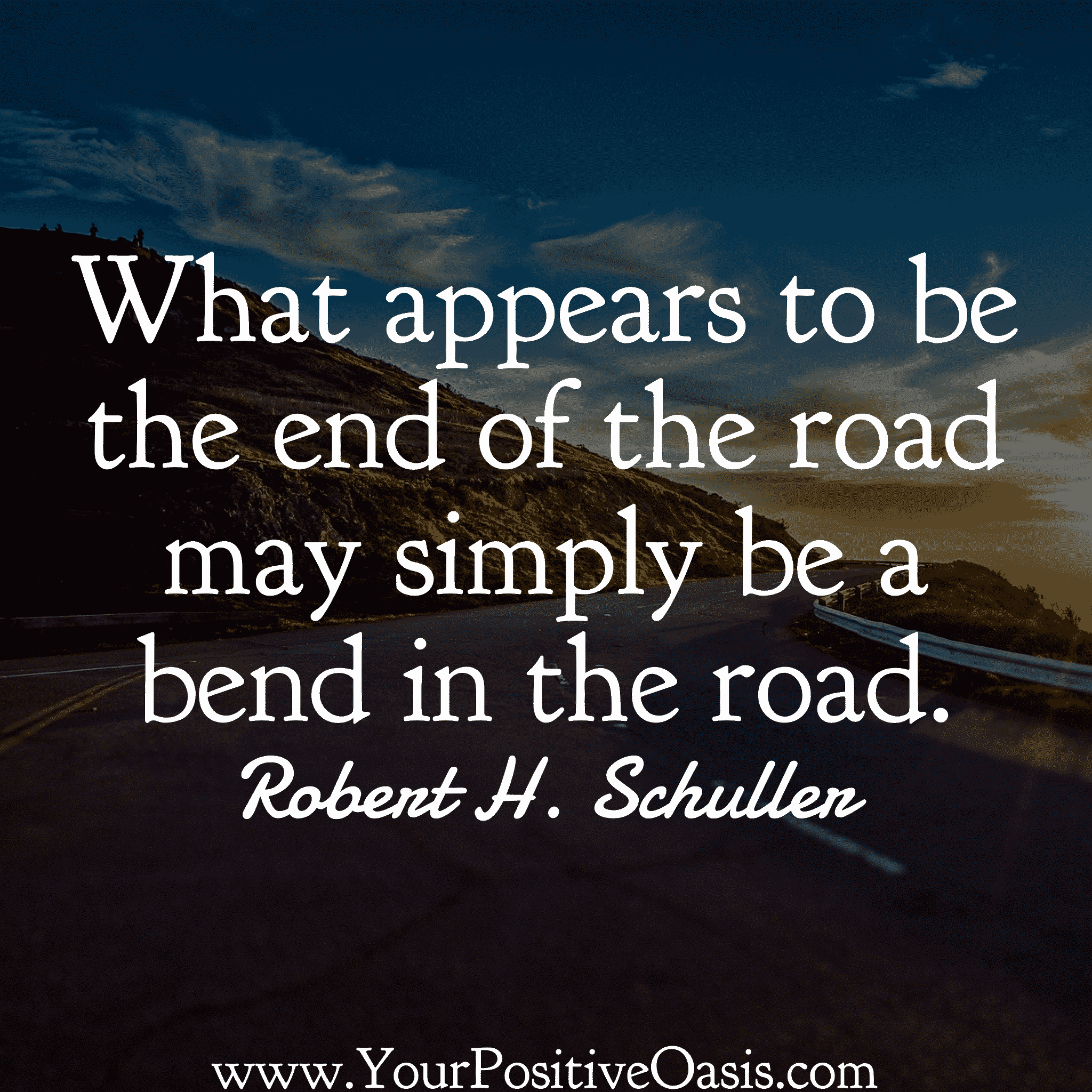 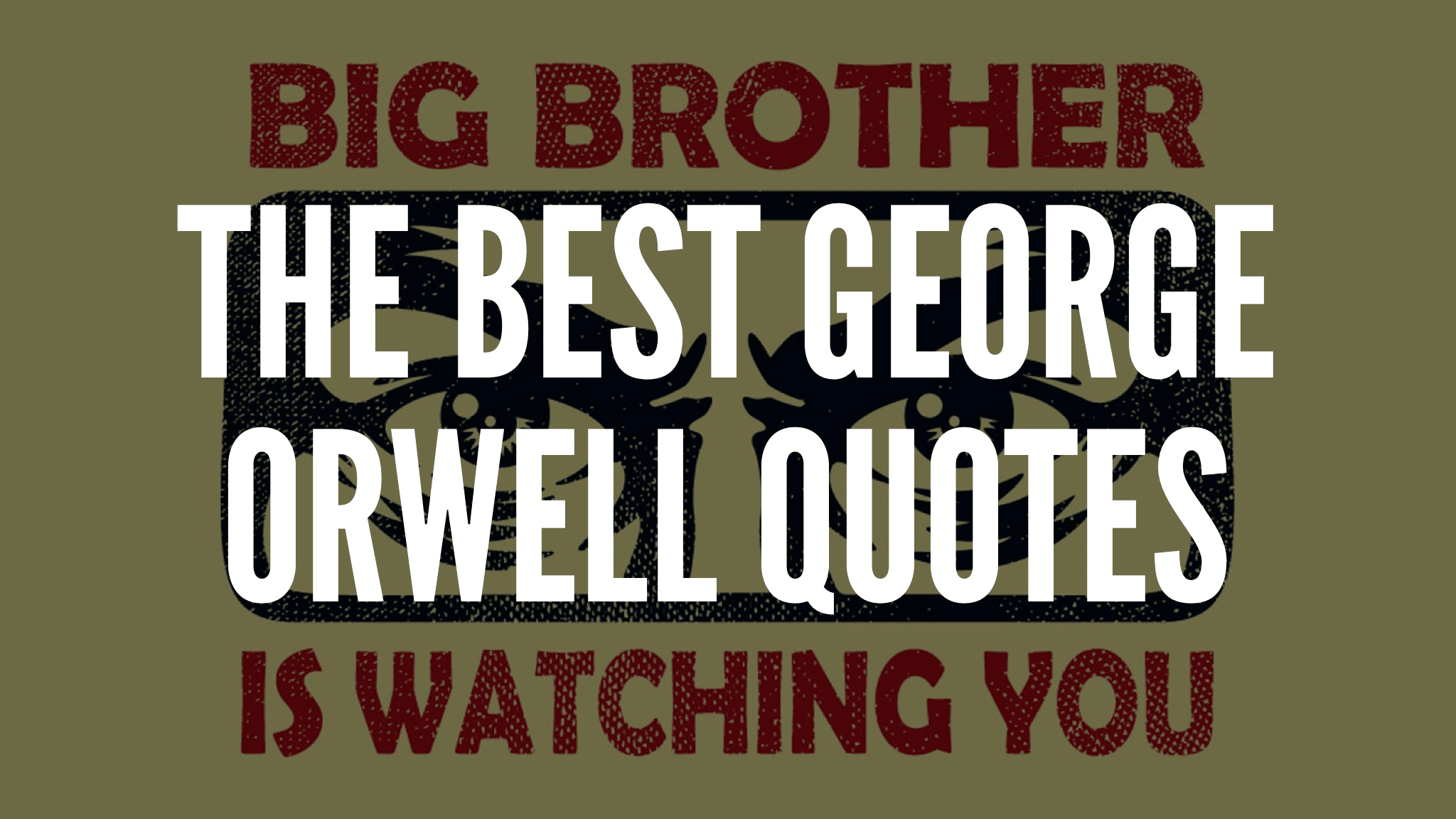 George Orwell, was an English novelist, essayist and journalist. He is probably best known for the novels Animal Farm and 1984. George Orwell was a man of strong opinions who addressed some of the major political movements of his times, including imperialism, fascism and communism. END_OF_DOCUMENT_TOKEN_TO_BE_REPLACED 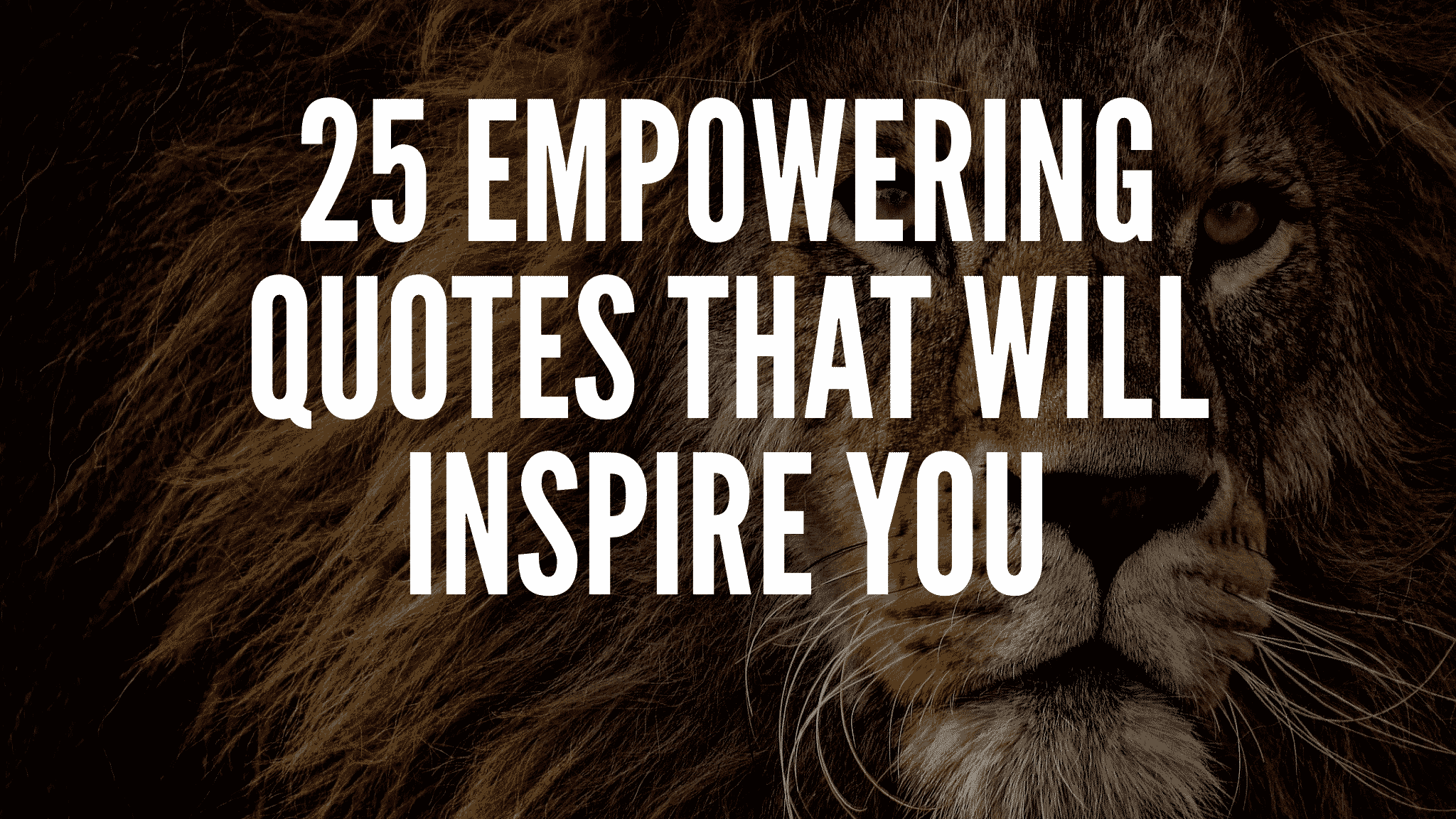 I really hope that you will enjoy this wonderful collection of empowering quotes. I have very carefully selected these powerful quotes from motivational speakers, writers, philosophers and many other inspirational people. END_OF_DOCUMENT_TOKEN_TO_BE_REPLACED

25 Image Quotes That Will Inspire And Motivate You

The Top 8 Most Important Things in Life

40 Highly Motivational Quotes That Will Inspire You