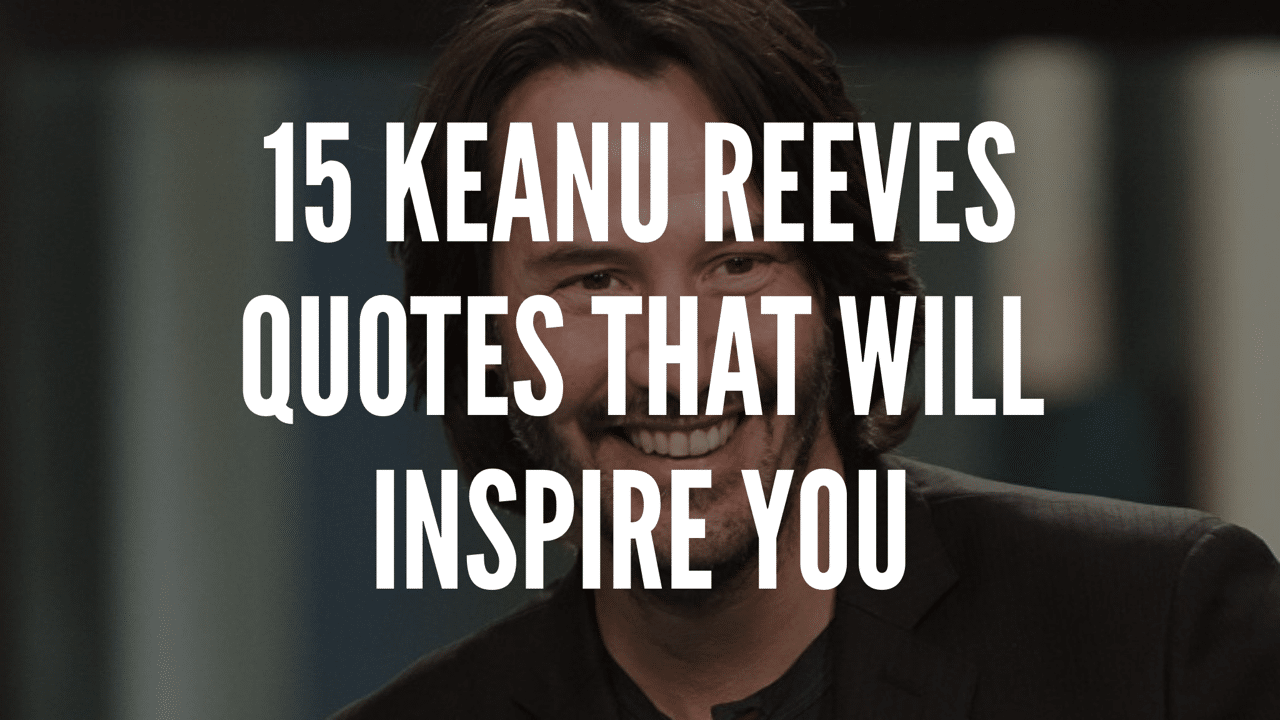 Keanu Reeves began his acting career at the age of nine. His first major movie role was in the comedy Bill & Ted’s Excellent Adventure. However, it was his iconic role playing Neo in the sci-fi extravaganza The Matrix, that made him an international superstar.

His movie role as the character John Wick continues to make Keanu Reeves one of the biggest and most popular Hollywood actors today. His acting has garnered several awards, including a star on the Hollywood Walk of Fame.

Outside of film acting, Keanu Reeves has pursued other forms of artistry, including stage acting, directing, movie production and as musician in a band.

The Matrix actor has been blessed with massive success as an actor who has had more than his fair share of setbacks in his life. I hope that the following powerful Keanu Reeves quotes will give you a positive insight into his personality.

15 Keanu Reeves Quotes That Will Inspire You

I hope you enjoyed this wonderful collection of quotes.

I really hope that you enjoy this collection of positive quotes. We can all do with some inspiration from time to time to lift our spirits and help us to be more positive!  END_OF_DOCUMENT_TOKEN_TO_BE_REPLACED

I really hope that you will enjoy this wonderful collection of quotes by some of the greatest motivational speakers ever! The following speakers have motivated millions of people all over the world through their seminars, videos and books.
END_OF_DOCUMENT_TOKEN_TO_BE_REPLACED

Johann Wolfgang von Goethe, was a German poet, playwright, novelist, scientist, statesman and amateur artist. His works and opinions made a deep impression on many of the writers and poets of the early 19th century. END_OF_DOCUMENT_TOKEN_TO_BE_REPLACED