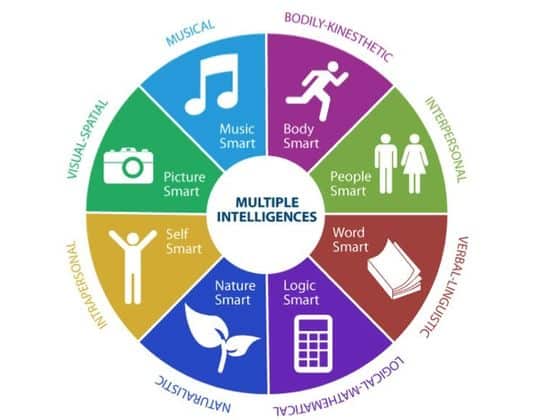 Harvard psychologist Howard Gardner developed the Theory of Multiple Intelligences that suggests all of us have a dominant intelligence “modality”.

Logical-mathematical intelligence consists of the capacity to analyze problems logically, carry out mathematical operations, and investigate issues scientifically. In Howard Gardner’s words, it entails the ability to detect patterns, reason deductively and think logically. This intelligence is most often associated with scientific and mathematical thinking.

Musical intelligence involves skill in the performance, composition, and appreciation of musical patterns. It encompasses the capacity to recognize and compose musical pitches, tones, and rhythms. According to Howard Gardner musical intelligence runs in an almost structural parallel to linguistic intelligence.

Bodily-kinesthetic intelligence entails the potential of using one’s whole body or parts of the body to solve problems. It is the ability to use mental abilities to coordinate bodily movements. Howard Gardner sees mental and physical activity as related.

Spatial intelligence involves the potential to recognize and use the patterns of wide space and more confined areas.

Intrapersonal intelligence entails the capacity to understand oneself, to appreciate one’s feelings, fears and motivations. In Howard Gardner’s view it involves having an effective working model of ourselves, and to be able to use such information to regulate our lives.

To this fun quiz to find out which intelligence is most dominant in you!

Can You Find The 6 Hidden Words In This Vacation Scene?

What Is Your Strongest Chakra?

Which Crystal Do You Need In Your Life? 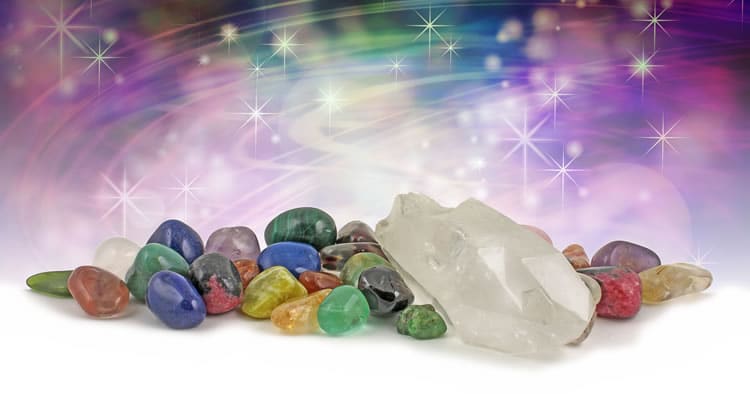 I did this fun crystal quiz and I found the results really interesting and very accurate. I have built up a small collection of my favorite crystals that both look beautiful and help me in different areas of my life. END_OF_DOCUMENT_TOKEN_TO_BE_REPLACED

Which Spiritual Ability Do You Secretly Possess?

What spiritual ability do you have?

Do you consider yourself a spiritual person? I believe that regardless of who we are or where we come from, we have all been blessed with certain spiritual abilities. These gifts are an important part of who we are and how we are connected to the world around us! Try this fun quiz to perhaps discover what your spiritual ability is!
END_OF_DOCUMENT_TOKEN_TO_BE_REPLACED

What Kind of Sexy Are You?

For a little bit of fun, try this quiz. You don’t need a quiz like this to tell you that you are sexy! You already know this right? END_OF_DOCUMENT_TOKEN_TO_BE_REPLACED

Beautiful Flower Quotes That You Will Love

Betty White Quotes That Will Make You Smile

Ray Dalio Quotes On The Principles Of Success

Powerful Goals Quotes That Will Totally Inspire You